XAΛΛOYMI HALLOUMI v GRILLOUMI in two trade mark cases: The CFI upheld the action from Cyprus on the similarity of the goods and services claimed, but rejected the action by which the Republic of Cyprus claimed unfair detriment to Halloumi reputation. 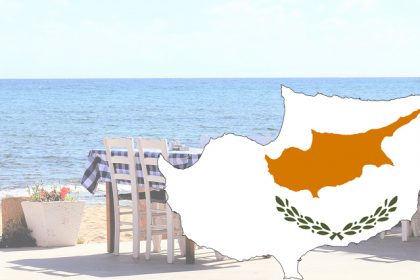 Cyprus is ongoing before the courts claiming IP protection for the famous traditional Halloumi cheese of the Republic of Cyprus and its own trademark HALLOUMI. Recently, the Republic of Cyprus brought two trademark cases before the European Court of Justice (Court of First Instance,CFI) against the EU trademarks GRILLOUMI and GRILLOUMI BURGER, registered by Fontana Food AB (Sweden) in October 2016.

The Republic of Cyprus accused the trade mark applicant from Sweden of committing a likelihood of confusion and infringing the Cypriot trade mark XAΛΛOYMI HALLOUMI – and in the proceedings against the sign GRILLOUMI BURGER also alleged that there was a likelihood of unfair advantage being taken of, or detriment being caused to, the distinctive character or the repute of the earlier national trade mark XAΛΛOYMI HALLOUMI.

The Board of Appeal dismissed the appeal from Cyprus. There was no likelihood of confusion between the word marks XAΛΛOYMI HALLOUMI and GRILLOUMI, the differences between the word signs were too great. And in relation to GRILLOUMI BURGER, the Board of Appeal also found that there was similarity of goods only in relation to ‘edible oils and fats, milk and milk products’.

In particular, the Board of Appeal considered that, although the services covered by the marks applied for could possibly be considered similar to certain foodstuffs because they were complementary, the existence of such complementarity had not been established in relation to cheese.

Moreover, a finding of detriment to reputation of an earlier mark requires that the reputation of the earlier mark be proved. However, the Board of Appeal found that the Republic of Cyprus had not provided this evidence, as the documents submitted referred for the most part to halloumi cheese as a cheese speciality produced in Cyprus. However, it could not be inferred from this that the relevant Cypriot public would have perceived this as a description of the characteristics of a particular type of cheese.

The Republic of Cyprus appealed against these two decisions of the Boards of Appeal before the European Court (CFI) – with partial success. The CFI upheld the action from Cyprus with regard to the findings on the lack of similarity of the goods and services claimed, but dismissed the action in which the Republic of Cyprus claimed unfair detriment to reputation.

No detriment to Halloumi reputation

Consumers buying halloumi cheese would not be able to recognise the certified quality, the CFI explained, because they would perceive the word ‘halloumi’ at most as a designation for a certain type of cheese produced in Cyprus and not as an indication of a trade mark. It must therefore be held that the requirement that the earlier marks have a reputation in the Member State concerned is not met.

The conditions required under Article 8(5) of Regulation No 207/2009 were not met, therefore the enhanced protection against unfair detriment to reputation afforded to an earlier trade mark could not be validly invoked, the CFI ruled (T-593/19).

However, the Republic of Cyprus was successful in the other action, which concerned the similarity and likelihood of confusion between the GRILLOUMI and XAΛΛOYMI HALLOUMI marks in relation to the goods and services claimed. This was also to be expected after the decision of the CFI this spring (T-555/19, we reported), in which the same parties Halloumi versus Grilloumi were also opposed. Here, too, the focus was on the question of whether there was a complementary connection between the services claimed – in restaurants and cafés. And this was affirmed.

Now, the CFI also found that the Board of Appeal had wrongly ruled out a complementary connection between cheese and services for the provision of food and drink, restaurant services and coffee shop services.

In fact, there was a certain degree of similarity between the ‘food and drink services; coffee shop services; restaurants’ in class 43 covered by the mark applied for, on the one hand, and ‘cheese’ in class 29 covered by the earlier marks, the CFI ruled, albeit a low degree of similarity. Cheese is used as an ingredient in dishes and also for the sale of foodstuffs. The Board of Appeal was therefore wrong to find that these goods and services were dissimilar and therefore that the likelihood of confusion within the meaning of Article 8(1)(b) of Regulation No 207/2009 was not satisfied.

Without examining further parts of the pleas in law and also without assessing the similarity of the word signs, the CFI upheld the Republic of Cyprus’ action in relation to the goods and services. The decision of the Board of Appeal (EUIPO) of 29 May 2019 (Case R 1284/2018-4) was annulled, the CFI ruled (T-556/19).