Marriott won a trademark dispute before the CFI on the likelihood of confusion between its own winged griffin vs. a winged bull. The core issue was whether a griffin and a winged bull are different fantasy or mythical creatures. 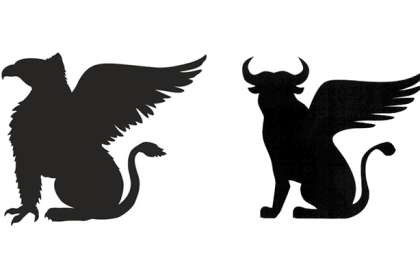 The Marriott chain, known for its hotels and restaurants, won a trademark dispute before the CFI on the likelihood of confusion between its own winged griffin vs. a winged bull, registered for the same goods and services. The core issue was whether a griffin and a winged bull are different fantasy or mythical creatures.

On 6 June 2014, the applicant, the hotel chain Marriott Worldwide Corp. filed an application for a declaration of invalidity, invoking two earlier identical figurative marks, an EU and a national figurative mark (UK), representing a winged griffin. Marriott based the action on the similarity and likelihood of confusion between the two marks and its earlier copyright protected under national law (under Article 53(2)(c) of Regulation No 207/2009 (now Article 60(2)(c) of Regulation 2017/1001)). In that regard, Marriott relied on the earlier copyright, registered at the United States Copyright Office on 19 March 2010, in respect of the design of a griffin for which the hotel chain had obtained a licence to use it and claimed protection under UK law.

By decision of 17 January 2017 (‘the contested decision’), the Fourth Board of Appeal of EUIPO dismissed the applicant’s appeal. The Board of Appeal had found that the signs at issue were visually and conceptually dissimilar, so that the sign at issue did not constitute a representation of the work protected by copyright in the UK and that ‘for that reason alone’ the applicant’s application under Article 53(2)(b) of the Directive was not granted. (c) of Regulation No 207/2009 must be rejected.

The applicant Marriott therefore brought an action before the CFI against the finding of lack of similarity and likelihood of confusion and the dismissal of the action on the ground of UK copyright on griffin.

Similarity on the basis of the overall impression

The applicant submits that the conflicting signs are visually similar at a relatively high level. It pointed out, in particular, that both signs represented black and white silhouettes of mythical creatures in profile in the same sitting position. And consumers would perceive the marks as a whole.

The European Court of First Instance (CFI) confirmed that the assessment of the likelihood of confusion as regards similarity must be based on the overall impression given by the signs, bearing in mind, in particular, their distinctive and dominant components. And it is striking that the wings, body and tail of the animals in the two signs are represented in similar proportions. The Court of First Instance therefore held that those signs have a degree of visual similarity which must be regarded as at least slight, contrary to the finding of the Board of Appeal.

A phonetic comparison is irrelevant for purely figurative marks, the more interesting is the conceptual comparison. The Board of Appeal had distinguished between the mythical creature griffin and the mythological fantasy creature winged bull. The CFI contradicted this. Contrary to the Board of Appeal’s findings, it must be held that there is necessarily a conceptual similarity between the signs at issue for the relevant public, since each of them evokes an imaginary creature combining the characteristics of several animals, the CFI held. According to the CFI, a winged bull is an imaginary animal unknown to the consumer, but a griffin is not a sufficiently well-known shape either. Again, the CFI ruled against the Board of Appeal and found a conceptual similarity, the degree of which can be classified at least as low.

The Board of Appeal was therefore wrong to consider that the signs at issue were visually and conceptually different and, consequently, failed to assess the likelihood of confusion correctly. Moreover, since the plea alleging reproduction of the copyrighted work was rejected, together with the alleged lack of similarity, the Board of Appeal erred in law in that plea.