VODKA 42 versus 42 BELOW: Unregistered trademark victorious

The Czech vodka trademark VODKA 42 was today victorious before the European Court in the long-standing vodka dispute against Bacardi and his vodka trademark 42 BELOW. The decision did not deal with the risk of confusion, but with the national property right of an unregistered trademark in opposition proceedings against an EU trademark application. 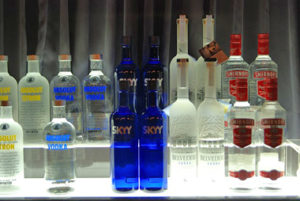 The Court of the European Union (CJEU) emphasized with its ruling the independent EU jurisdiction in contrast to the national jurisdiction in the Union. In opposition proceedings against an EU trademark application, the existence of a national registration or another right preceding an earlier trademark was irrelevant. This applies as long as the earlier national trademark is actually protected, even if – as with VODKA 42 – it is an unregistered trademark, the CJEU ruled today.

Long-standing dispute over the  vodka brands

On 26 June 2009, Bacardi filed an application with the European Patent and Trade Mark Office (EUIPO) for registration of a figurative mark 42 BELOW. On 11 March 2010, the intervener, Granette & Starorežná Distilleries a.s., now Palírna U zeleného stromu a.s, filed an opposition against that trade mark registration. The Opposition Division and then, on 9 July 2012 (“the contested decision”), the Board of Appeal of the EUIPO upheld the intervener on the ground that there was a likelihood of confusion on the part of the relevant public. Bacardi brought an action against that decision.

The applicant relies essentially on two objections. By its first plea in law, Bacardi complains that the Board of Appeal failed to give an account of the arguments put forward by the applicant and by Czech law, in particular those relating to unfair competition and copyright. The applicant complains that the Board of Appeal did not take account of the Czech Commercial Code (basis of Article 44 et seq.).  The CJEU rejected this plea.  The list in the Annex to Part C, Section 4 of the EUIPO Guidelines does not contain the Czech Commercial Code, but Bacardi would have had the burden of proof.  Moreover, the Board of Appeal correctly summarised all the arguments put forward by the applicant.

By its second plea, Bacardi submits that the unregistered mark did not satisfy all the conditions for a right to protection. In particular, it has not been established that the trade mark VODKA 42 must have been used in the course of trade (infringement of Article 8(4) of Regulation No 207/2009).

(i) it must be used in the course of trade;

(ii) it must be of more than mere local significance;

(iii) the right to that trade mark or sign must have been acquired in accordance with EU law or the law of the Member State in which it was used before the date of filing of the EU trade mark application; and

(iv) the sign must confer on its proprietor the right to prohibit the use of a subsequent trade mark. 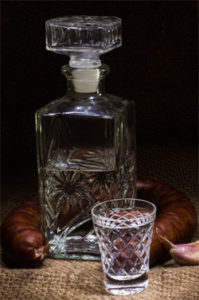 In essence, the applicant submits that the Board of Appeal should have required the intervener to claim continued use of the unregistered mark until the date of the decision of the Opposition Division, namely 12 August 2011, since it was necessary under Czech law, in particular the decision of the Supreme Court of the Czech Republic of 19 April 2012 (No 23 Cdo 3412/2010). In that context, it claimed that the intervener had not adduced proof of use of the unregistered mark for the years 2010 and 2011. In addition, it claimed that the intervener had not used that mark since January 2011.

However, the CJEU also rejected this plea. The same temporal criterion, which is expressly laid down in Article 8.4 of Regulation No 207/2009 for the acquisition of the right to the sign, applies to the condition for the use in the course of trade of the sign cited in the opposition. In concrete terms, this means that proof of commercial use must be furnished for the date of filing of the application for the contested EU trade mark (26 June 2009) – and not the date of the decision of the Opposition Division (Aug 2012). And for this date in June 2009, the earlier national mark had been used commercially and therefore protected.

In that second plea, the applicant also argued that the Board of Appeal was not competent to assess the validity of the same mark. The background to this is that Bacardi claims that the mark applied for and contested was used in the Czech Republic before the intervener’s unregistered mark.

However, it also follows from the case-law that, in order to prevent the registration of an EU trade mark by an opponent on the basis of Article 8.4 of Regulation No 207/2009, it is necessary and sufficient that, at the time when the EUIPO determines whether all the conditions for opposition are fulfilled, an earlier right may be invoked which has not been invalidated by a final court decision. However, it was not for the EUIPO to replace its assessment by that of the competent national courts. In addition, the CJEU pointed out that the validity of a national trade mark may not be called into question in proceedings for the registration of an EU trade mark, but only in cancellation proceedings initiated in the Member State concerned.