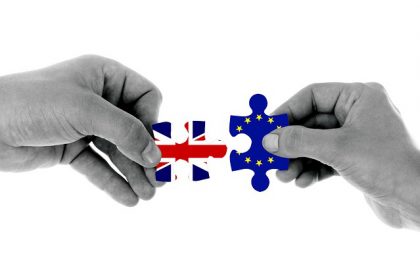 The conditions for the application of Article 8(1), (4) and (5) EUTMR (EU Trade Mark Regulation) are formulated in the present tense, the Opposition Division explained, so these conditions must also be fulfilled at the time of the decision. However, this was no longer the case for the UK since the end of the transitional period, which was valid until 31 December 2020.

For this reason, the Opposition Division of EUIPO ruled out the application of Article 8(1), (4) and (5) of the EUTMR in the trademark proceedings “SORRYBRO” for the registered UK trademarks. The opponent had based its opposition on two trade marks registered in the UK and also on two unregistered trademarks used in the course of trade in, inter alia, the UK.

The opposition was therefore to be rejected in so far as the earlier rights and relative protection rights were invoked for the UK trademarks under Articles 8(1)(a); 8(1)(b); 8(4) and 8(5). In other words, the registered earlier UK trademarks were without rights and useless in opposition to the later EU trademark.

Therefore, the EUIPO Opposition Division considered for the proceedings only the unregistered word marks “SORRYBRO”. Moreover, it only took into account the use in the course of trade in the Member States of the EU relied on by the opponent under Article 8(4) of the EUTMR.

As these were unregistered word marks, Article 8(4) EUTMR was applicable, as this Article deals with opposition by the proprietor of an unregistered trademark. However, the rules and conditions for acquiring rights for an unregistered trademark vary according to the respective national law, ranging from simple use to use with a high reputation. The scope of protection is also not uniform, the Opposition Division added. It is true that according to Art. 8(4) EUTMR one can prevent the use of an EU trademark application by proving that the conditions for the prohibition of use of the later EU trademark laid down in national law are fulfilled and that the other conditions of Article 8(4) of the EUTMR are met.

The emphasis here is on national law. Nevertheless, because unregistered trademarks are not protected at the European Union level, an “unregistered EU trademark” is not a suitable basis for an opposition under EU law, ruled the Opposition Division of the EUIPO.

Evidence required for all national rights under EUTMDR

In addition, according to Article 7(2)(d) EUTMDR, if the opposition is based on an earlier right within the meaning of Article 8(4) EUTMR, the opponent must submit, inter alia, evidence of the acquisition, continuation and extent of the protection. This includes at the same time that there must be a clear identification of the content of the national right of each EU member state on which the earlier right is invoked, by submitting publications of the relevant provisions or case law. The EUIPO mentioned as examples extracts from an Official Journal, a legal commentary, legal encyclopaedias or court decisions. Evidence of an online source of the relevant national law is also admissible if the online source is recognised by the EUIPO.

All provisions of the applicable national law must also be submitted in the language of the proceedings or with a translation into that language, the EUIPO added.

In the present case, however, the opponent had cited some provisions of UK law, but not the provisions of the national law of the relevant EU member states, as would have been required. However, the UK cannot be invoked as a valid territory of the proceedings in question, the Opposition Division of the EUIPO stressed, as UK rights are a priori no longer part of the “prior rights protected in a Member State” for the purposes of proceedings based on relative grounds.

In addition, the EUIPO added that no case law had been provided either indicating whether and how the envisaged provisions of UK tort law could be applied in the Republic of Ireland (Ireland was one of the EU states relied on by the opponent).

As a central trademark right to an earlier UK trademark is at stake, it is very likely that this decision of the Opposition Division of the EUIPO will remain only a first intermediate stage in this litigation. And the European Court has already emphasised on many occasions that it is not bound by the decisions of the EUIPO.
But first of all, this decision is now legally binding. If it remains so, no earlier rights of an earlier UK trademark can be asserted against new EU trademark registrations in an opposition based on EU law, not even from unregistered UK trademarks.

Our lawyers have many years of expertise in trade mark law as well as in the entire field of intellectual property and are entitled to represent you before any court – in Germany and also internationally.
Please do not hesitate to contact us if you are interested.