Traditional costume is a symbol for the entire Black Forest

The traditional Bollenhut from the Black Forest is a symbol for the entire Black Forest, judged a German District Court. For traditional costume and tradition can be found in Germany not only at the famous Oktoberfest, but also product presentations as for the regional lager beer SCHWARZWALDMARIE, which was claimed for deceiving the consumers.

The Oktoberfest 2018 has just begun, and traditional costumes, dirndl and regional beer not only determine the famous traditional autumn festival in Munich, but also in many German cities. It is therefore not surprising that “Oktoberfest” is also coveted as a word, picture or union trademark. So far, however, the attempts to protect this famous German festival as a trademark have been rejected by the patent and trademark offices. The European Patent and Trade Mark Office is still examining a corresponding Unionmark application from the city of Munich. 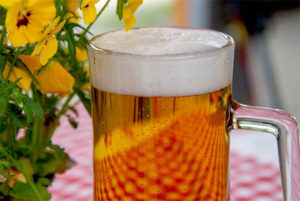 In the south of Germany not only the Oktoberfest is known, but also the regional beer product name SCHWARZWALDMARIE. This product designation and presentation was objected to by the plaintiff (an association for the promotion of commercial interests to which all chambers of industry and commerce belong as members, among others) on the grounds of misrepresentation, and claims for injunctive relief under competition law and trademark law were submitted. The defendant (a medium-sized brewery in the Ulm district of the town of Renchen im Ortenaukreis/Baden) contradicted this accusation and the injunction claims.

The key question in this case was to what extent the product name Schwarzwaldmarie and the associated emblem design with a traditionally dressed woman with a Bollenhut are perceived by consumers as a special region in the Upper Black Forest. Does the consumer expect the beer to be brewed in a particular region of the Black Forest? Under Article 7(1) of the LMIV, information on foodstuffs must not be misleading, in particular as regards the place of origin. The traditional Bollenhut is a symbol for the entire Black Forest, judged the Higher Regional Court Karlsruhe (OLG Karlsruhe judgment of 8.3.2017, 6 U 166/16).

Does the brewery town count as a Black Forest region? 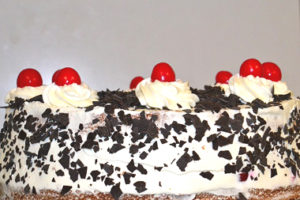 The plaintiff had made valid that the brewing town Ulm lies in the flat Rhine plain and therefore by no means in Vorbergen of the Black Forest region. From Ulm one sees only in far distance the mountain ranges of the Black Forest on the horizon. As in the decision of the BGH “Himalaya Salt” (BGH GRUR 2016, 741 marginal 11 – Himalaya Salt) and the decision of the OLG Munich “Chiemsee”, there is a clearly recognisable boundary between the alleged and actual place of production.

The defendant brewery argued that Ulm was not geographically separated in a relevant way from the mountain ranges of the Black Forest, but directly attributed to them. This was reflected in the regulations concerning the production of products known as “Black Forest ham” or “Black Forest kirsch”, which also assigned the areas east of main “Black Forest” region and therefore in a surrounding area.

This interpretation was also supported by a consumer report which the defendant submitted to the court. Afterwards only 9.7% of the asked ones had assumed that the brewery town lies in this certain part of the region, in which the Bollenhut is carried. This misleading quota was not sufficient to assume a danger of misleading, the Court found.

The court contradicted this reasoning. The advertising statement does not contain a superlative. The term “Beer-Spezialität” is understood by the relevant public in the sense of “Beer-delicacy”. In addition the consumer knows that there are many breweries in the Black Forest. This is known to the Senate from its own experience, the OLG Karlsruhe added with humour.

Bollenhut a symbol for the entire Black Forest

Neither the use of the product name “SCHWARZWALDMARIE” nor the use of the contested emblem and the Internet domain “www.schwarzwaldmarie.beer”, nor the advertising statement “The beer speciality from the Black Forest” are misleading statements about the origin of the beer brewed, distributed and advertised by the defendant that are to be contested according to the standards of competition law. Also the claim asserted by the plaintiff from § 127 MarkenG does not exist. The court thus confirmed the decision of the Landgericht Mannheim to reject the application for an injunction.