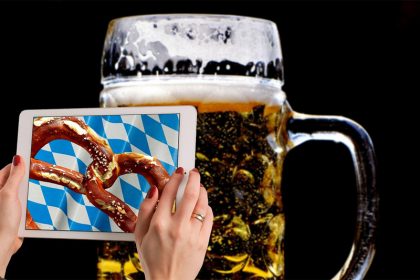 Although the Munich Oktoberfest has to be cancelled this year due to Corona restrictions, there are news about the Munich Oktoberfest. The city of Munich has been trying for years to obtain trademark protection for the term “Oktoberfest” both in Germany and Europe, but so far in vain (please also read our article from 2019: Trademark registration of Oktoberfest rejected again).

Above all, a research and visitor statistics were used to demonstrate the outstanding reputation of the brand name “Oktoberfest”, as this enabled the City of Munich to invoke the need for protection by Article 7(3) in German UMV.

Registration of the word mark Oktoberfest refused at first instance

One of the shortcomings was that only visitors to public festivals were included, but not the entire population. However, this is necessary for the proof of acquired distinctiveness through use. In addition, “Okoberfest beer” was registered as a trade mark, also by proving that it had been put into circulation (the proprietor of the trade mark is the Verein Münchener Brauereien e. V.). It was therefore contradictory to seek to put a very similar sign into circulation for identical goods. Therefore, the acquisition of acquired distinctiveness (Article 7(3) in German UMV) was rejected and the trade mark application was refused on the ground of lack of distinctiveness.

The Board of Appeal emphasised that it did not share concerns about the surveys. It is true that there are folk festivals in Germany and also in other countries, i.e. Austria, which are called “Oktoberfest”, including the “Oktoberfest Wien”. However, there is no evidence that consumers assume that the city of Munich is also responsible for organising these festivals, as was the case with the Munich Oktoberfest. It is a fact that anyone who attends the Oktoberfest in Munich is not obliged to ask whether he would also attend an Oktoberfest in Vienna.

The City of Munich was happy to use this reference and yesterday (7 October 2020) filed two applications for new Union word marks: „Münchener Oktoberfest“  and „Oktoberfest München“.