The European Court of Justice today issued an important ruling on the jurisdiction of EU courts when an action is brought for infringement of a Union trademark by online advertising. Where is the infringement action to be filed? In the EU country where advertising and sales offers were shown, the ECJ ruled today. 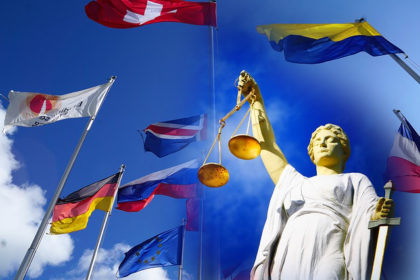 The main focus of the hearing was Article 97(5) of Regulation (EC) No 207/2009 and its interpretation with regard to the jurisdiction of the EU courts.

Is an infringement action concerning a Union trade mark to be brought before the courts in the EU country in which the defendant is domiciled or in the country in which advertising and sales offers were shown?

The latter was confirmed by today’s judgement. An infringement action must be brought before a Union trade mark court in the EU Member State in which the consumers or traders to whom the infringing advertising or sales offers are addressed are located, the ECJ ruled.

Both parties are manufacturers and sellers of audio equipment, AMS Neve Ltd (UK) and Heritage Audio SL (Spain). In October 2015, the British AMS Neve brought an action against the Spanish competitor for infringement of two trade marks registered in the UK. The contested Union trade mark consists of the number 1073 and was registered in Nice Class 9 for essentially “recording, mixing and processing equipment for sound studios”.
AMS Neve alleges that Heritage Audio SL offered for sale audio equipment bearing identical or similar signs. In particular, the case concerned that representation in an English-language online portal listing distributors in various countries, including the UK, under ‘where to buy’. Furthermore, it is clear from the General Conditions of Sale that Heritage Audio accepts orders from any Member State of the European Union.

The United Kingdom Intellectual Property and Enterprise Court held that the Spanish courts had jurisdiction, since that is where the defendant is domiciled. This is also apparent from Article 97(5), which provides that actions for infringement may be brought before the courts of the Member State in which the act of infringement was committed. That was in Spain, where the defendants were planning their sales activities.

ECJ on the rules on jurisdiction of EU courts

According to the Court, an action must be brought before the courts in the EU where the defendant is domiciled in accordance with Article 97(1) of Regulation No 207/2009. However, the plaintiff may “also” bring his action before the courts of the Member State “in which an infringing act has been committed or is threatened”, as provided by Article 97(5).

Plaintiff must decide in favour of a plea in law

Multiple actions brought side by side are not possible

Several actions based side by side on Article 97(1) and (5) cannot, however, be brought; a plaintiff must choose between the alternatives, the court specified. However, where several infringement actions between the same parties concern the use of the same sign but not the same territory, those actions do not relate to the same subject-matter and are therefore not subject to the lis pendens rules. The ECJ pointed out that in such a case the courts of different Member States cannot give “divergent judgments” within the meaning of recital 17 of Regulation No 207/2009, as the plaintiff’s actions concern different territories.

If the acts alleged against the defendant consist in the online display of advertising and sales offers for goods bearing a sign identical with, or similar to, an EU trade mark without the proprietor’s consent, it must be held that those acts were committed in the territory of the consumers or traders to whom those advertising and sales offers are addressed. Such acts fall within the scope of Article 9(2)(b) and (d) of Regulation No 207/2009.

The expression “act of infringement” refers to such acts, the ECJ ruled. Whether these advertisements and offers subsequently led to the purchase of the defendant’s goods is irrelevant.

Ruling of the ECJ

The ECJ ruled that an action for infringement – in the interpretation of Article 97(5) of Regulation (EC) No 207/2009 – must be brought before a Union trade mark court in the EU Member State in which consumers or traders to whom the infringing advertising or sales offers are addressed are located. This also applies if the decisions and measures with regard to online notification were taken in another EU member state.

Do you also need support in a trademark or patent infringement action?

Our attorneys have many years of experience in trademark and patent law and are entitled to represent you before any court in Germany as well as internationally.
If you are interested, please contact us.