If one’s own trademark registration fails before the EUIPO, even though there are already registered comparable trademarks, it stands to reason to appeal against the decision before the European courts on the basis of equal treatment. However, usually in vain. 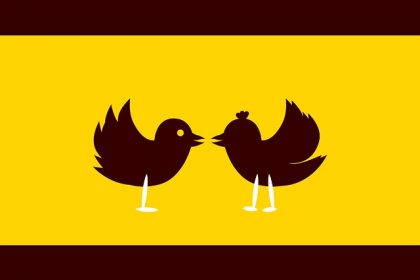 Imagine the following situation: a term or design was laboriously searched for to describe a trademark – but without being directly descriptive (because a trademark name must not be descriptive of the product or service). Then the preliminary trademark search revealed that similar granted trademarks already exist, but for different goods and services than one plans to claim. Or there are similar trademarks for the same goods and services, but one’s own planned trademark application is still sufficiently different.

Now one believes oneself safe in one’s own trademark application, after all – at least in European trademark law – a principle of equal treatment applies. In addition, the trademark offices are obliged to ensure the legality of their decisions. The European Trademark Office (EUIPO), for example, must comply with EU Regulation No. 207/2009, which is the regulation on the registration of a sign as a Community trademark. And this regulation is then in turn also the basis for European case law with regard to trademark law.

So it is surely possible to refer to already existing trademark registrations of the EUIPO before a European trademark court (ECJ and ECJ) in the sense of equal treatment, if one’s own trademark application was – often incomprehensibly – rejected.

But this is erred therein!

Legality of EUIPO decisions before the European Court

Again and again, these objections fail before the European Courts, and this is not a matter of luck, but has been substantiated in legally relevant judgments of both the ECJ and the ECJ.

This is because, according to Art. 63 of Regulation No. 40/94, a decision of the Boards of Appeal can only be annulled or amended on narrowly defined grounds:

However, all decisions taken by EUIPO on the registration of a sign as an EU trademark are not taken on a discretionary basis, but within the framework of EU Regulation No. 207/2009, argue the European Courts. The decisions of the Boards of Appeal on the registration of a sign as a Community trademark under Regulation No. 207/2009 are bound decisions and not discretionary decisions, the ECJ ruled already in 2007 (Alcon Inc. , EU:C:2007:252).

Therefore, a decision to register a trademark cannot be challenged before the European Courts on the basis of prior decision-making practice.

Moreover, the principle of equal treatment can hardly be successfully invoked before the European Courts.

This is because, for reasons of legal certainty and proper administration, the examination of each trademark application must be rigorous and comprehensive and, above all, must be carried out in each individual case. From this point of view, it is unlikely that a truly comparable trademark registration can be referred to, which, incidentally, would also have to be an EU trademark. Furthermore, a trademark application must meet the basic requirements for trademark protection.

An example of this was heard yesterday in a case before the European Court of First Instance (CFI) in which the applicant claimed that its own EU trademark application “Heartfulness” had been refused by the EUIPO, even though 14 days later the EUIPO allowed registration of another trademark applicant’s EU figurative mark heartfulness, which relates to essentially the same goods and services as those in the present case. But to no avail; if the registration of the mark applied for is incompatible with this regulation for the goods at issue (in the present case, the mark was considered descriptive), the earlier decision-making practice of the EUIPO cannot rightly be relied upon, the CFI ruled (EU:T:2021:112).

EUIPO is bound by the principle of equal treatment

However, the EUIPO is bound by the principle of equal treatment. This includes, in particular, the duty of the EUIPO to take into account decisions issued on similar applications when examining the application for a Community trademark.

Nevertheless, the observance of the principle of equal treatment must also be reconciled with the requirement of lawful action. Accordingly, however, the applicant for a sign as a Community trademark cannot rely on an erroneous application of the law in favor of another in order to obtain an identical decision, the ECJ ruled back in 2011 (Agencja Wydawnicza Technopol , C-51/10 P).

Our attorneys have many years of expertise in trademark law as well as in the entire field of intellectual property and are authorized to represent you before any office and before any court – in Germany and also internationally.
Please do not hesitate to contact us if you are interested.