When can a product designation infringe a protected trademark? And may a trademark owner sue even if he knows of the use as a trademark? The OLG Frankfurt am Main had to decide this question in a trademark dispute over pepper spray names.

Product designations such as model or order marks 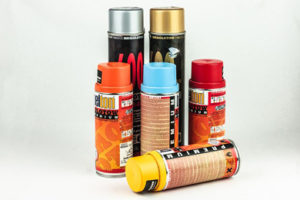 Everyone knows them and almost everyone uses them: product names such as model or order numbers. In times of mass distribution, it is hard to imagine life without them; just think of the automobile industry or of constantly new smartphone models that could hardly do without “Marks”, as product names are also called. The OLG Frankfurt am Main had to decide an obvious and yet quickly overlooked question in a trademark dispute over pepper spray names: When does a product designation infringe a protected trademark? And may a trademark owner sue even if he knows of the use as a trademark?

Specifically, it concerned the word marks MK-3, MK-8 and MK-9, which are all registered in particular for the Nizza class 13 for irritant sprayers. The background to the dispute was that the applicant itself had originally purchased pepper sprays from a supplier who had itself applied for the above word marks as Union trade marks. Now that these had expired in 2011, the plaintiff secured the word marks as German trademarks by filing an application with the German Patent and Trade Mark Office (DPMA). The defendant, a competitor, purchased corresponding pepper sprays from the plaintiff’s original supplier.

The Frankfurt Higher Regional Court (OLG) had to decide whether the defendant had used the signs only as product names or whether it had actually used them “as trademarks”.

The OLG Frankfurt stated that trademark use must generally be interpreted broadly in the interest of comprehensive trademark protection. First and foremost, trademarks always have the function of indicating the commercial origin of the marked products. Accordingly, the court considered the not entirely absurd possibility that the public would adopt an indication of origin to be sufficient for use as a trademark. Even if the designations MK-3, MK-8 and MK-9 are perceived by the relevant public as order signs, they may still indicate commercial origin. Thus, if signs are used on the products or in offer texts, as the defendant has done, a trademark-like use is to be assumed in principle.  The court named the mere reference to the container size or the pure order number as exceptions. According to the court, however, neither of these exceptions was present here.

Much leeway also with double markings

Beyond that exceptional constellation, however, the Court also made it clear that product names are in any event used as trade marks whenever they are not purely descriptive or decorative of the products behind them. That is even the case where, as in the present case, the product has been identified by a second trade mark. Consumers are also accustomed to that secondary marking. The court referred in particular to the automotive and textile industries, in which an additional marking of the respective model is completely customary.

Forfeiture only upon registration

Forfeiture of the claims invoked always depends on the actual registration of the applicant’s trade mark, the OLG stated. The defendant had assumed forfeiture on the ground that it had also taken into account the previous period during which the applicant was aware or should have been aware of the use of the signs.  In a comprehensible manner, however, the Court made it clear that this period prior to the trademark registration could not be taken into account, since the plaintiff would not have had any possibility at all to take action against the use of the signs without its existing property right.

The plea of bad faith raised by the defendant remained unsuccessful, since the OLG Frankfurt was not able to identify in the application for registration of the signs concerned any intention on the part of the applicant to prevent use. According to the OLG Frankfurt am Main, the mere knowledge that a competitor also used the signs was not an application for a trade mark filed in bad faith.