The colour brand orange is used a German best-known trade journal for lawyers, and has been under trademark protection in GER since 2009. In a landmark decision on public acceptance and the burden of establishing enforcement, the BPatG has now rejected a cancellation request against the colour trademark. 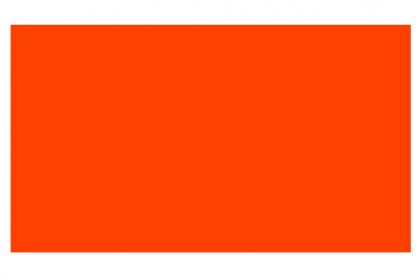 The colour brand orange has been used for many years for the “Neue Juristische Wochenschrift”, the best-known legal journal for lawyers in Germany. The colour orange dominates the covers of the legal journal. Since February 2009, the colour mark orange has been protected and in October 2015 an application for cancellation of this colour mark was filed, essentially for lack of distinctiveness, but in vain. The German trade mark department rejected the cancellation request.

With its current ruling, the Federal Patent Court (BPatG) confirmed this decision and also rejected the cancellation request against the colour mark Orange.

The court clarified that the challenged sign was capable of being a trademark as an abstract, contourless single colour trademark and was also sufficiently graphically represented. In addition, the L*a*b colour classification system (also known as the CIE-LAB system) is a recognised system for colour codes which is internationally standardised, so that the colour tone is clearly defined.

The Trade Mark Department had also stated that any obstacles to protection under § 8(2) No. 1, 2 or 3 Trade Mark Law had been overcome by means of trade acceptance under § 8(3) Trade Mark Law. Accordingly, the enforcement of the trademark was discussed in detail before the BPatG.

Use of abstract colours as proof of origin

The BPatG stated that it was not possible to establish in principle that the public was accustomed to the use of abstract colours to indicate origin in the field of legal journals. Nor was any connection established between the colour in question and the publishing house which issued it, for example in the sense of a classical corporate colour.

But “Die Neue Juristische Wochenschrift” has been the most important legal journal in Germany for many years, the Federal Patent Court declared, no lawyer can get past it, whether as a lawyer, notary, judge or official in charge of the law. And the colour not only “somehow” appears there, but dominates the covers of the journal. This is also known to the members of the Senate as part of the targeted public, the court added.
All this shows that a reciprocal relationship is established between colour, manufacturer and product. In the light of those circumstances, it must be assumed that the orange-coloured cover will be perceived by the public as a trade mark. A trade mark may acquire distinctive character through use as part of a complex marking or in conjunction with other marks.

However, the colour mark orange had been registered without a survey on the degree of acceptance by the public.

According to the previous case law of the Federal Court of Justice, however, any remaining doubts as to whether there was an obstacle to protection at the time of registration or filing will be borne by the applicant for cancellation proceedings. The question of the burden of determination has not yet been answered by the highest court, the BPatG added.