Monster Energy has lost the dispute over its EU word marks MONSTER and MONSTER ENERGY before the CFI: these EU marks have been declared invalid for goods with a reference to “coffee” – the “x-presso monster” goods do not count as genuine use of the marks for this purpose. 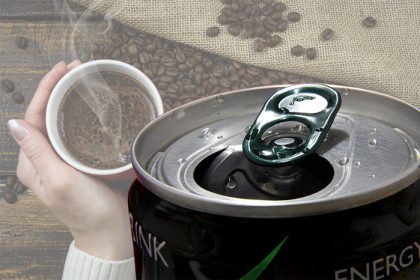 Energy drinks have become an important trend in recent years, and the US company Monster Energy plays in the front league on the market with energy drinks. It is therefore not surprising that the company also offers beverage mixtures with coffee with its products – and also claims protection for such goods according to the Nice Classification.

Specifically, the EU word marks MONSTER and MONSTER ENERGY, both protected as EU trade marks since 2010, were used, among other things, with a claim to protection for “coffee beverages and coffee beverages containing milk” of Nice Class 30 and “non-alcoholic beverages, namely energy drinks and energy drinks flavoured with coffee” of Nice Class 32. It was precisely this claim for protection that Frito-Lay Trading Company GmbH (Switzerland) took action against: the Swiss applied for revocation of the EU trade marks MONSTER and MONSTER ENERGY for the coffee-related goods in Nice Classes 30 and 32.

And were successful. Both the Cancellation Division and the subsequently appealed Board of Appeal upheld the revocation of the disputed trade marks for the goods with reference to “coffee”. Monster Energy had not been able to prove that the EU trade marks MONSTER and MONSTER ENERGY had been put to genuine use for these goods during the relevant five-year period, which is calculated from the date of the revocation application, in this case 25 April 2017, and the five years preceding that application. Specifically, Monster Energy had to prove use as a trade mark for the period from 25 April 2012 up to and including 24 April 2017.

Proof of brand use in coffee sense: “x-presso monster” goods

Such proof is always a problem, especially for well-known brand manufacturers; because product lines have often been adapted, the integration and presentation of the main brand also changes due to general trends. This was also the case in the present case: to prove the use of the EU trade marks for the goods with the reference to “coffee”, the company cited evidence from the cans of the “x-presso monster” goods (specifically, cans with the imprint “espresso coffee drink with milk”) – which, among other ingredients, also contain caffeine, even a “high caffeine content” for energy drinks.

However, the Board of Appeal had not accepted this as evidence of genuine use of the MONSTER marks. It considered it necessary to distinguish between “coffee-based beverages” in Class 30, whether or not they contained milk, on the one hand, and “energy drinks” in Class 32, on the other.

It had also concluded that the indication “high caffeine content” on the packaging of these goods meant that they were “energy drinks” and not “coffee-based drinks”, because the presence of this warning against high caffeine was characteristic of energy drinks but not of coffee drinks.

Monster Energy appealed against this decision to the European Court (Court of First Instance, CFI), which has now ruled on the matter – and confirmed the decision of the Board of Appeal with its ruling.

The Board of Appeal had rightly classified the “x-presso monster” goods as energy drinks, the European Court ruled. The mention of coffee in the list of ingredients on the packaging of the “x-presso monster” products reinforces the impression that this ingredient, namely “coffee extract (1.3%)”, is as such only one of many ingredients of which this energy drink consists – but which at the same time are not usual for coffee-based drinks.

Moreover, it is clear that coffee-flavoured energy drinks are usually found on the same shelves as energy drinks with other flavours, irrespective of whether they are those of the plaintiff or other manufacturers, the CFI added.

A drink that is merely “flavoured with coffee” and not “coffee-based” falls within Class 32 and not Class 30, the CFI ruled. Although “coffee energy” was placed in bold letters and in a prominent position on the cans of the “x-presso monster” goods, this only proved the actual purpose of these goods, which was to serve as “energy drinks”, i.e. variants with coffee flavour and milk. The MONSTER mark, on the other hand, was only positioned on the back, directly above the ingredients, and the MONSTER ENGERGY mark was not printed on the submitted cans at all.

The CFI therefore upheld the two contested decisions of the Board of Appeal and dismissed Monster Energy’s action in its entirety.

Our lawyers have many years of expertise in trade mark law and competition law as well as in the entire field of intellectual property law and are entitled to represent you before any court – in Germany and also internationally.