Malle and Ballermann as warning letters

Malle is not only a common short form and a synonym for Mallorca, but also a protected trademark – since 2002 already. Now those who have been warned defend themselves before the regional court in Düsseldorf. 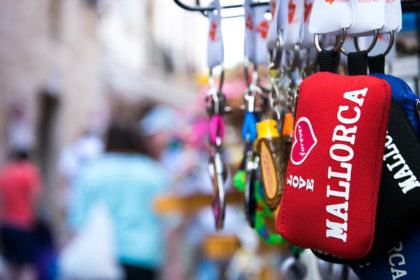 Malle and Ballermann have established themselves in Germany as fixed terms for Mallorca, the Spanish Island. Nevertheless, both terms are protected as trademarks. The owners of the marks use this for commercial use as licensers and for warnings against others, who likewise inform and advertise with the terms “Malle” and “Ballermann”.

The Düsseldorf Regional Court must now decide on the term “Malle”. The entrepreneur Jörg Lück from Hilden had already registered “Malle” in 2001 as a German word and figurative mark (DE 30146994) and in 2002 as a European word mark (EM 002631166). The term “Malle” is protected for the following goods and services:

The entrepreneur Lück used the trademark registration of the term “Malle” for license claims and for warnings against commercial use of the term. For example, the German travel blog “Reisetiger” was warned, in which the word “Malle” was used several times in an article.

A licence claim was addressed to a restaurateur who organised a party under the motto “Malle for all”. This restaurateur refused. In his opinion “Malle” is the common abbreviation for Mallorca.

This is now the decisive aspect in the “Malle” case before the Düsseldorf Regional Court. Is “Malle” above all associated with the island Mallorca or is it a synonym for a certain way to celebrate parties? This question is decisive, for geographical designations of origin cannot be placed under trademark protection. According to § 8 para. 2 no. 2 MarkenG (and § 7 para. 1 c) Unionmark-regulation) those trademarks are excluded from registration which consist exclusively of signs or indications which may serve in trade to designate the geographical origin.
Thus, if the court would see “Malle” as representing “Mallorca”, the term would not be protectable – provided that “Malle” is exclusively understood as “Mallorca”.

Ballermann confirmed as a trademark by the Munich Higher Regional Court

Thus the case “Ballermann” came before the Higher Regional Court Munich (OLG), which decided on 27 September 2018 in favor of the trademark owners Engelhardt.  Trademark rights would be infringed if the operator of a restaurant announces a “Ballermann Party”, the OLG Munich ruled (Case No. 6 U 1304/18). In its judgment, the court explicitly stated that the trademark “Ballermann” was not only purely descriptive and thus protectable as a trademark. If a trade mark indicates not only the commercial origin but also the marked goods or services, the distinctive character is not impaired. The distinctiveness of the mark could even be strengthened as a result, the OLG Munich explained.

Warning received – what is to do?

As long as trademark protection exists, a warning notice is legal and must be observed in principle. If those who have been warned ignore such a warning, there is a danger that the persons concerned may be sentenced to injunctive relief and damages by a court of law. We recommend the advice of an experienced lawyer.

However, we would also like to point out that trademark protection always refers to commercial use. The purely private use of the terms “Malle” or “Ballermann” can therefore not be cautioned.

Will the trademark “Malle” be deleted?