In a decision of 27 April 2016, the Swiss Federal Adminstrative Court confirmed the IPO’s refusal to grant Louboutin’s “red sole” application protection for high heels in Switzerland.

The court held that the color red, also in the specific shade claimed, was decorative for women’s high heels. The combination with the other elements, namely the position on the underside of the sole and the shape of the red part, did not make the mark distinctive in the eyes of the relevant consumers, which were defined as somewhat fashion interested women of any age. Whether the form of the red part was a “shape” was not a relevant issue.

The IPO submitted evidence in the form of screenshots of various websites, also from Top Level Domains other than .ch (China), that showed that red soles were common for high heels not originating from applicant. The applicant contested the relevance of foreign website for the perception of Swiss customers. Here, the court made some interesting remarks: 1. if the mark in question is a word mark, evidence from foreign websites is prima facie relevant if those websites are in one of Switzerland’s official languages.

The use of words did not generally vary so much by country that such websites were irrelevant for the perception of Swiss customers. However, 2. for signs that are an inseparable part of the good for which protection is claimed, the situation is different. Many goods sold abroad cannot be sold in the same form in Switzerland. Conclusions based on specific characteristics of goods shown on foreign websites are only relevant for the Swiss market if it can be assumed that the goods are sold in the same form in Switzerland. 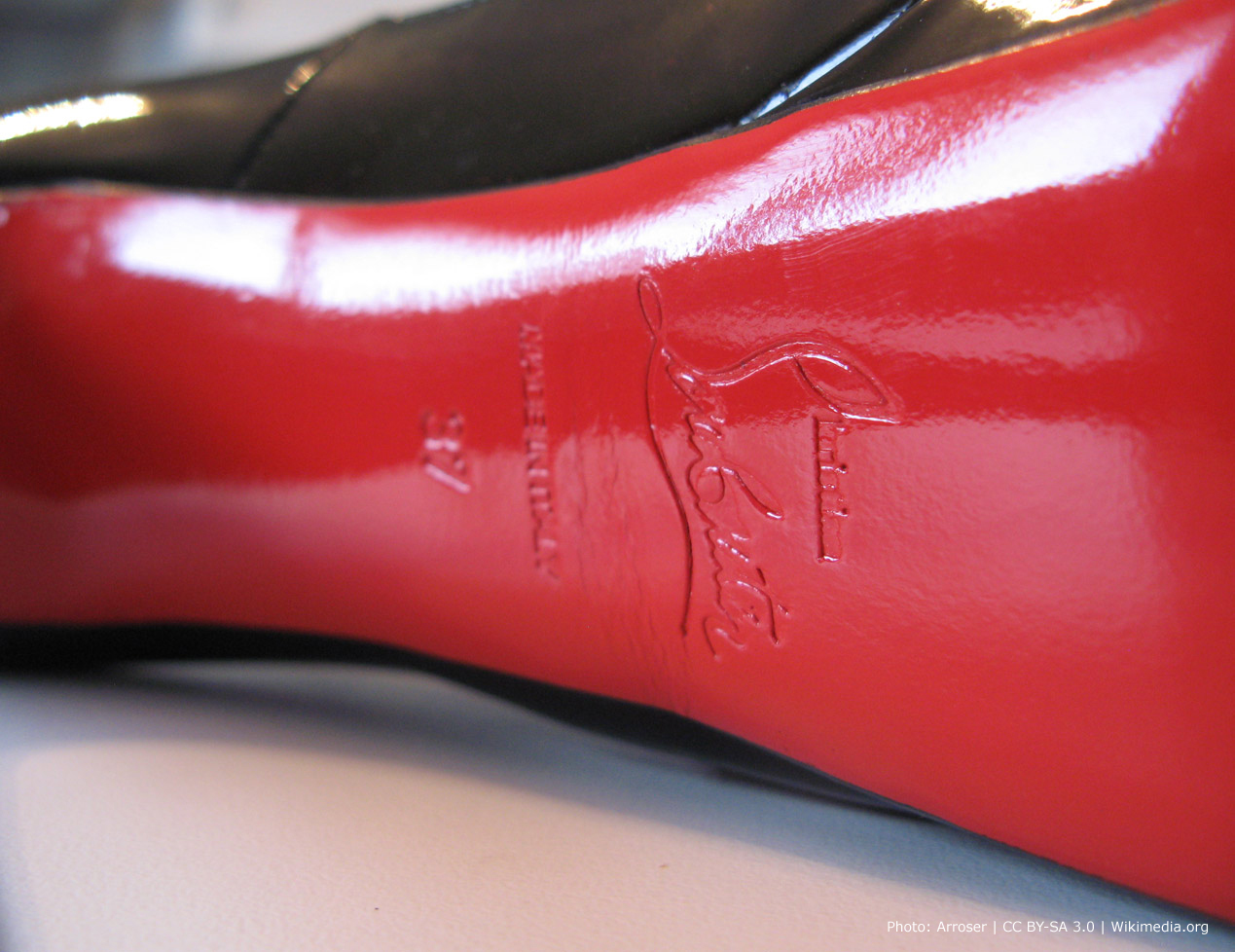 For women’s high heels, this is the case – no specific laws or customs prevent the import of high heels into Switzerland. Evidence showing widespread use of red soles abroad is therefore suitable to demonstrate that red soles on women’s high heels are widely used in Switzerland, too.
Interestingly, while Louboutin claimed acquired distinctiveness before the IPO, which was refused – partly because the IPO defined the class of relevant consumers broader than Louboutin whished, namely both men and women of all ages rather than just younger women – Louboutin did not claim acquired distinctiveness on appeal

The Federal Administrative Court hence did not address any issues of acquired distinctiveness; it only held that the red sole is not distinctive ab initio.

The decision is not final, but an appeal can only be based on legal grounds.