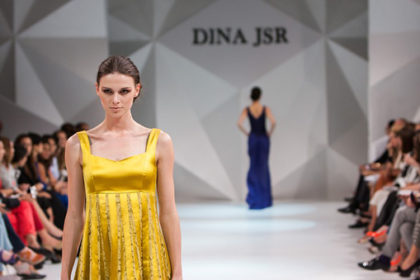 However, by decision of 27 March 2018 in Case R 259/2017-4 (“the contested decision”), the Board of Appeal of EUIPO dismissed the application for suspension and upheld the decision of the Opposition Division. The Vogue publishers filed a lawsuit against this before the European Court of Justice (Court of First Instance, CFI).

In its judgment (EU:T:2019:406), the European Court first clarified that there is no right to a request for suspension of the opposition procedure. Rather, the European Patent and Trade Mark Office (EUIPO) may suspend the opposition proceedings – if a suspension is appropriate to the circumstances. The Court pointed out that there was a wide field of discretion and that the suspension procedure remained optional for the Board of Appeal.

Nevertheless, the Board of Appeal committed an error of assessment in rejecting the application for suspension, the European Court ruled. The CFI clarified that the Board of Appeal is obliged to strike a balance between the interests in question when exercising its discretion with regard to an application for suspension. This also requires a preliminary assessment of the prospects of success of the invalidity proceedings and to take account of that assessment. However, the Board of Appeal refused to carry out a Prima-Facie-Analysis of the applicant’s prospects of success in the invalidity proceedings.

The CFI therefore upheld Vogue Publisher’s action and annulled the contested decision rejecting the application for suspension of the opposition proceedings.

Do you need assistance in invalidity proceedings or opposition proceedings?