With one of its last decisions in 2020 – and before Brexit – the CFI ruled on the trademark dispute concerning financial services. The HOTTINGER case was not about likelihood of confusion, but about the proof of an unregistered earlier national trademark by goodwill. 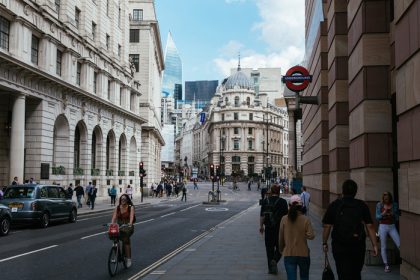 In the case of HOTTINGUER vs. HOTTINGER, the British Trade Marks Act 1994 (UK), § 5 (4) and the goodwill of the unregistered earlier national mark is applicable.

This is what happened in the HOTTINGUER vs. HOTTINGER case: Elenberg SA, the legal predecessor of the plaintiff, H.R. Participations SA (Luxembourg), registered the sign JCE HOTTINGUER with the European Union Intellectual Property Office (EUIPO) as an EU word mark, primarily for services in Nice classes 35 (advertising) and 36 (finance, financial services, business, insurance). In 2011, this registered trademark was published.

Five years later, the intervener, Hottinger Investment Management Ltd (UK), filed an application for invalidity against this mark. It relied on its own Hottinger mark – an unregistered earlier national mark especially concerning financial services, predominantly used in the UK.

The Cancellation Division rejected the application, but the Board of Appeal, which was subsequently seized, partially reversed that decision. The contested EU word mark JCE HOTTINGUER was declared invalid for all services, but not for the services “advertising; publication of advertising copy; updating of advertising material” in Nice Class 35. In its decision, the Board of Appeal also recognized that Hottinger Investment Management Ltd had indeed carried out trading activities under the unregistered earlier national mark prior to the application for the contested mark.

Goodwill of the unregistered mark: evidence?

This decision was challenged by the applicant H.R. Participations SA before the Court of Justice of the European Union (CJEU, Court of First Instance (CFI)), challenging the goodwill of the unregistered earlier mark through numerous objections. The applicant conjectured that the goodwill only related to wealth management services for a few wealthy individuals and their families.

The CFI rejected this objection. Even if this were the sole goodwill of Hottinger, this would also concern a part of the same services as those claimed by the contested younger mark.

Goodwill is normally demonstrated primarily by evidence of commercial activity, advertising and customer accounts. And genuine trading activities, which result in acquiring reputation and gaining customers, are usually sufficient to establish goodwill (2017, BYRON, T‑45/16, EU:T:2017:518, paragraph 49). Additionally, the CFI pointed out that even a very small business activity is sufficient to create goodwill. Moreover, not only the share of the national brand’s sales generated in the UK is relevant, the CFI explained. Indeed, Article 8(4) of Regulation No. 207/2009 does not require that use be proven in the territory of the Member State whose right is invoked.

The CFI disagreed with this objection. Since they were audited by an independent auditing firm, these financial statements were very reliable and therefore had a high probative value, the court ruled.

Moreover, according to settled case law in Union law, the principle applies, the CFI added, that evidence can be freely gathered and that the only relevant criterion for assessing the evidence gathered is its credibility. Even articles in the magazine Wealth Manager or in the online publication of Business Wire are to be seen as confirmation of the findings of the Board of Appeal – even if, for example, Business Wire is not an independent press organ.

No proof provided for the probability of the risk of error

The plaintiff also argued that the intervener had not provided evidence of the likelihood of error, although it bears the burden of proof. However, the ECJ also rejected this objection. According to national case law, the existence of such evidence is relevant, but not indispensable, the CFI ruled.

Finally, the CFI dismissed the action of H.R. Participations SA in its entirety.

Would you also like to protect or defend your brand name?

Our attorneys will be happy to advise you. If you are interested, please contact us – we look forward to your call!