Hickies no 3D TM- despite hip design and novelty

A brand cannot be protected as a trademark because the design is new and the product sets a new trend in lifestyle. The trademark registration of Hickies shoe laces as a 3D trademark was rejected by the CFI for “shoe fasteners”, although Hickies laces are known as trendy brand and are bought internationally. 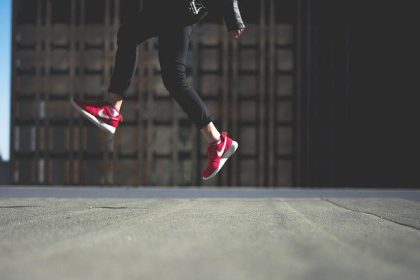 Hickies (USA) is known for its elastic shoe laces which can be pulled into shoes instead of the classic laces. This is popular both for its practical use – no more tying shoe laces – and its multiple designs. Hickies offers bright, upbeat colours, variations from sporty to glamour, among others in a cooperation with Swarowski.
Hickies is sold internationally, via numerous online shops and of course also via Amazon. Great stars and actors wear Hickies, including top models such as Alexandra Ambrosio, Jessica Alba and Kendal Jenner.

The Hickies shoe laces were heard yesterday in the European Court of Justice (Court of First Instance, CFI) because of a trademark dispute about the brand. Hickies had been founded in 2012 and quickly achieved success with the new trend product for LifeStyle.

Accordingly, Hickies applied for a three-dimensional sign in the form of a shoelace as a 3D trademark for the EU in 2017. However, this application was rejected by both the examiner of the Trademark Office and the Board of Appeal of the EUIPO. The 3D mark applied for is devoid of distinctive character in Nice Class 26 for the goods “shoe fasteners”, including “shoelaces” and “sewing and textile decorative articles”. Registration of the trade mark was allowed only for ‘shoe eyelets’ and ‘shoe hooks’. Hickies appealed against this decision before the CFI.

Hickies submitted before the European Court of First Instance, first, that the sign at issue did not designate a shoelace and, more importantly, that the nature of the fastening system which it had introduced and created was completely new and differed significantly from the standards and practices of the footwear sector. According to general case-law on 3D marks, a mark is distinctive only if it departs significantly from the norm or customs of the sector and thereby fulfils its essential function of indicating origin.

In order to determine whether the mark applied for reproduces a lace, the Court used the Oxford English Dictionary. According to the definitions given in that dictionary, the sign at issue shows shoelaces, the Court held, moreover, that Hickies itself refers to elastic shoelaces.

However, according to the Dictionary, a shoelace is a lace, and tying is not a relevant criterion, the Court explained. Moreover, the more similar the shape for which registration as a trade mark is sought is to the shape most likely to be adopted by the product in question, the more likely it is that it will be devoid of distinctive character, the CFI added.

The Board of Appeal had also found that the overall impression produced by the mark applied for was limited to the combination of purely decorative or functional elements and was therefore not capable, considered as a whole, of indicating origin. According to the applicant, the mark applied for is a slightly modified variant of the typical shapes of shoelaces or lace substitutes. The Examining Division substantiated that finding with an internet search showing shoelaces with a shape similar to the mark applied for on online sales platforms.

Hickies argued that the goods in question were counterfeit. Some of the online sales platforms are known to be used by counterfeiters as sales tools, the applicant claimed. This was rejected by the CFI and confirmed the results of the internet search. The court had no jurisdiction to rule on the alleged counterfeiting.

Novelty of the product

Above all, however, applicant Hickies relied on the reputation and success of its product and the novelty of the product, which made Hickies a trendsetter.

The protection of a design right does not imply distinctiveness, since the criteria for the examination of these two rights are fundamentally different, the CFI ruled. The decisive criterion for the protectability of a trademark is that it fulfils the function of indicating commercial origin. The protection of a design right, on the other hand, concerns the appearance and is based on its novelty.

The success of the product also does not establish distinctiveness within the meaning of Article 7(1)(b) of EU Regulation 2017/1001, the CFI added. Instead, the success of the product could have been claimed within the meaning of Article 7(3) of Regulation 2017/1001, namely the acquired distinctiveness of the mark through use of the mark. However, this had not been done.

The CFI therefore dismissed Hickies’ action in its entirety and upheld the decision of the Board of Appeal.

Do you also wish to protect your trademark or brand?

Or do you need advice on whether it makes more sense to apply for a figurative mark, a 3D mark or positional mark?
If you are interested, please contact us – you can also use our callback offer!