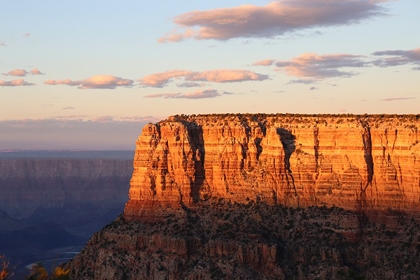 A Japanese textile company applied in 2016 for registration of the word mark „GRAND CANYON“ in respect of clothing, footwear and other goods in Class 25. The JPO follows the International Classification of goods and services, the so-called Nice Classification.

The JPO examiner refused the application in its entirety on the ground of lack of distinctive character on the basis of Article 3.1.iii of the Trade Mark Law. The GRAND CANYON is one of America’s most famous and impressive natural attractions and it is recognised by UNESCO as a World Heritage Site, therefore its registration has to be refused.

Where trademarks are composed of a famous geographical name in Japan and overseas, they are considered as “the place of origin” of goods or “the place of their sale” or “the location of provision of services.”(Article 3.1.iii) The criteria for examining trade mark applications in connection with foreign geographical marks include well-known names of states, cities and countries as well as territories and places of interest.

In an appeal decision, the Japanese Patent Office (JPO) upheld the examiner’s decision and rejected the trade mark “GRAND CANYON” in connection with clothing and footwear in Class 25 for lack of distinctive character ( Appeal case no. 2017-16166 ). Since traders and consumers in Japan are familiar with the fact that various souvenirs and gifts are sold at tourist destinations, consumers would presumably regard the mark applied for only as a geographical indication and not as the indication of origin in relation to the goods designated. However, the indication of origin is the essential function of a trade mark, both in Japan and in Europe.

In a similar trademark dispute over the famous German castle Neuschwanstein, the ECJ decided otherwise in September 2018 (we reported).

There is a general interest in keeping geographical designations free, as the preferences of consumers can be influenced. However, the ECJ ruled that the lock as such was not a place of production of goods or provision of services, so that the challenged trademark could not provide any indication of the geographical origin of the goods and services covered by it.

The ECJ also referred to the argument of the Advocate General (we reported) that the Nice Classification does not know a class of goods or services called “souvenirs”. Precisely because the word mark Neuschwanstein is not descriptive of the goods covered by that sign, it may be registered as a Community trade mark.

Do you have any questions about geographical names or indication of origin?