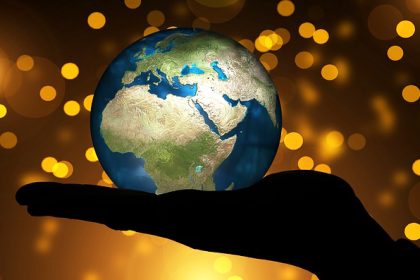 Applicant Tecnodidattica SpA (Italy) in 2016 lodged an application for registration of an EU trade mark a sign in the form of a base for globes and lamps as Union 3D mark – in the nice-classes 11 (lamp bases, holders for attaching lamps;) und 16 (globes; maps ; Books; atlases). The trademark application was approved for maps, books and atlases, but rejected for all the other goods because of lack of distinctive character.

Trademarks due to technical effects from the shape of the goods

The plaintiff’s appeal against the decision – first before the Board of Appeal, now yesterday before the European Court of Justice (CJEU) – focused on the question of whether the trademark applied for is a sign consisting exclusively of the shape of goods for a technical result. Such a sign is excluded from trademark protection in accordance with Art. 7 (1) no. ii of Regulation No. 2017/1001.

Technical effect, although no technical value?

The applicant argued that the form of the refused trademark application had no technical value and was even less functional than the forms traditionally used for the manufacture of globe bases and lamp bases. According to applicant, the Board of Appeal wrongly rejected that argument.

The CJEU admitted that every form of goods is functional to a certain extent. It would therefore be inappropriate to refuse to register a form of goods as a brand on the sole grounds that it has useful characteristics, the court said. As absolute grounds for refusal, only the forms necessary to achieve a technical effect should be taken into account. This was the case here, however, judged the CJEU. Because all essential features of the form shown in the sign for registration (a base and a pivot point) are essential to support the claimed goods and, if necessary, to allow them to rotate.

Alternative forms with the same technical effect are irrelevant

In addition, the applicant claimed that he did not achieve a monopoly with the trademark application, since there were alternative forms with the same technical effect, e.g. B. in the form of a tripod or graticule.

And in fact, Article 7 (1) (e) no. ii of Regulation No. 2017/1001 primarily prevent that trademark law (which has an infinitely long term of protection if the protection fees are continuously extended) leads to the fact that a company is granted a monopoly for technical solutions or functional properties of a product. For this reason, distinctive character acquired through the use of a trademark cannot prevent trademark exclusion from the shape of the goods due to its technical effect.

Alternative forms with the same technical effect are irrelevant and not suitable to apply the absolute ground for refusal of registration according to Art. 7 Para. ii to exclude regulation no. 207/2009, explained the CJEU. The registration of an exclusively functional form as a trademark would make it possible for other companies not only to prohibit the use of the same form, but also the use of similar and alternative forms.

The applicant also relies on the previous case law (September 2010, Lego Juris v OHIM, C-48/09 P), according to which the absolute ground for refusal of Art. 7 (1) (e) no. ii do not apply if the sign in question has a form in which a non-functional element such as a decorative or imaginative element plays an important or essential role. The plaintiff considered this to be the case, since the placement of the axis and the inclination of the ball in the rejected mark had no technical value at the moment, it was a stylization.

However, the court rejected this complaint. It is at most a minor stylization of the essential characteristics of this form, which are necessary to achieve a technical effect. The court ruled that these aspects were neither particularly imaginative nor particularly striking. Only then would a non-functional and decorative element be considered as essential to prevent a brand exclusion due to the technical effect from the shape of the goods.

The CJEU therefore rejected the complaint in full and confirmed the decisions of the lower courts to refuse to register the 3D mark with the exception of maps, books and atlases.