In a trade mark dispute between the two marks TIGHA vs. TAIGA for clothing and fashion, the ECJ did not assess the similarity between the marks, but ruled to define an independent subcategory of goods. 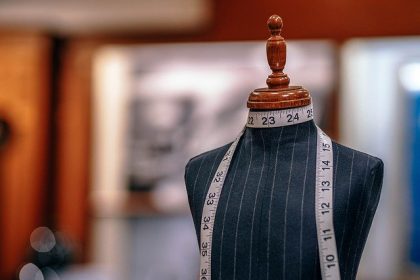 The trademark dispute TIGHA vs. TAIGA has been pending since 2015. The applicant for the Union word mark TIGHA is ACTC GmbH (DE), the proprietor of the earlier Union trade mark TAIGA is Taiga AB (Sweden). Both word marks are registered as union trademarks for goods in Nice class 25 (mainly “clothing”).

The likelihood of confusion invoked by Taiga AB against the registration of the later mark TIGHA was upheld by the Board of Appeal. ACTC GmbH unsuccessfully sought the annulment of the decision before the CFI, and also the annulment of the CFI’s judgment of 13 September 2018, ACTC/EUIPO – Taiga (tigha) (T-94/17, not published, hereinafter ‘the contested judgment, EU:T:2018:539).

However, ACTC did not bring an action before the highest European Court (ECJ) against the decision on the likelihood of confusion between the two marks, but questioned the criteria applied by the court of first instance to define the concept of use “in relation to part of the goods or services” within the meaning of Article 42(2) of Regulation No 207/2009. Specifically, the CFI wrongly held that the clothing for which proof of use of the mark had been provided did not constitute an independent sub-category of goods in Class 25 of the Nice Agreement.

This is a question of law which the European Court of Justice may review on appeal, the ECJ stated and ruled in its judgment (EU:C:2020:573) on the definition of an independent subcategory of goods.

Determination of an independent subcategory

The ECJ first pointed out that, as regards the concept of ‘part of the goods or services’ within the meaning of Article 42(2) of Regulation No 207/2009, it has already been held that a sub-category of the goods covered by an application for registration as a Community trade mark must be determined on the basis of a criterion which enables that sub-category to be defined with sufficient precision. This applies in the context of the application of Article 43(1) and also to the application of Article 42(2), the ECJ clarified.

There is also already legislation in place with regard to the relevant criterion or criteria to be applied in order to determine a coherent subcategory of goods or services which can be regarded as independent. The ECJ has already established in essence that the criterion of the purpose and intended use of the goods or services in question is an essential criterion for the definition of an independent subcategory of goods (see OHIM/Kessel medintim C-31/14 P, EU:C:2014:2436.)

However, the criterion of the purpose and intended use of the goods in question in the definition of the subcategory of independent goods has not been correctly applied, the applicant added. This objection was also rejected by the ECJ. The criterion ‘purpose’ had to be applied in a coherent and concrete manner. Thus, where, as in the present case, the goods in question often have several purposes and destinations, each of the purposes which those goods may have cannot be taken into account in isolation to demonstrate the existence of an independent subcategory of goods, the ECJ stated.

The Court of First Instance was therefore right not to consider in isolation each of the uses of the goods in question, namely covering, hiding, clothing or protecting against the elements, since those various uses are combined in the marketing of those goods, according to ECJ.

Similarly, the Court of First Instance was right not to take account of the fact that the goods in question are aimed at different public groups and are sold in different shops. Such an objection is not relevant for the definition of an independent subcategory of goods but for the assessment of the relevant public, the ECJ explained.

By further pleas, the applicant was not heard before the ECJ in order to obtain a new assessment of the phonetic and visual similarity of the conflicting signs and a new assessment of whether the word ‘taiga’ has a precise and direct meaning for English-speaking consumers in the EU. Those pleas were inadmissible, the ECJ held, since the applicant did not plead any error of law on the part of the Court of First Instance.

The ECJ therefore dismissed the action in its entirety.