ECJ: terms in the headings of the Nice Classification 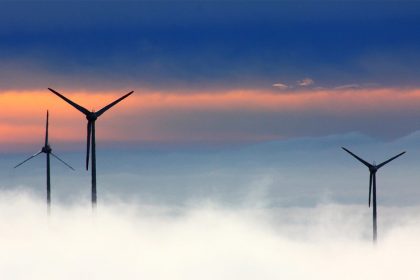 Trademark applicant and plaintiff Edison (Italy) is an energy company with activities throughout Europe. Its activities include the supply, production and sale of electricity and gas, energy and environmental services and the exploration and production of hydrocarbons.

Background to the dispute

Inadmissible extension of the goods claimed and listed

In August 2013, the EU figurative mark Edison was registered. In 2015, Edison then filed an application with EUIPO to register a surrender of part of the Nice Class 4 goods for which the mark was registered. However, in the new list of goods filed by Edison, “electrical energy” was now claimed. EUIPO refused to do so because of an unlawful extension of the list of goods covered by the application for the Union figurative mark EDISON. Edison appealed against that decision, arguing that “fuels”, as a product in the alphabetical list, was in Class 4 and that the specification under the heading of that class “including motor fuels” covered all material, including non-combustible material such as electrical energy, capable of powering an engine.

However, the Board of Appeal also rejected the intended alteration of the goods. In particular, it considered that the eighth edition of the Nice Classification did not include the term ‘electrical energy’ either in the general indications or in the alphabetical list of goods in Class 4. According to the applicant, the evidence adduced by Edison was insufficient to show that electrical energy was already included as an ‘alternative fuel’ among the goods in Class 4 of Nice concerned by the application for registration of the Union figurative mark EDISON. Furthermore, the category of goods covered by the English term ‘fuel’ includes only combustible materials which can be used to produce electrical energy, but not electrical energy itself, which is an intangible good.

Before the highest European Court (ECJ), Edison accordingly claimed that that decision wrongly excluded electrical energy from the goods in Class 4 of the eighth edition of the Nice Classification. Electrical energy was already an alternative fuel at the time of filing the trade mark application and this was also supported by evidence. Edison claimed that ‘carburants’/‘motor fuel’, as a product included in the alphabetical list as coming within Class 4, and the specification ‘including motor spirit’ in the heading of that class encompass any material capable of powering an engine, including non-combustible materials such as electrical energy. Moreover, to say that electric vehicles were on the market and then to deny that economic operators (that is to say, the manufacturers of those vehicles) consider electrical energy to be an alternative fuel is contrary to any logic and leads to the unsubstantiation of the decisions of the EUIPO and the CFI.

However, the ECJ rejected this ground of appeal on the ground that Edison had failed to identify the precise points of the contested judgment to which its submissions related. Edison did not in any way challenge the application and interpretation of the case-law of the CFI, the ECJ gave reasons for its dismissal of the ground of appeal, nor did Edison prove that the approach adopted by the CFI in the contested paragraphs was vitiated by an error of law.

Interpretation of terms in the headings of the Nice Classification

Nevertheless, the ECJ has in principle given its interpretation of the terms in the class headings of the Nice Classification. Referring to the judgment of 19 June 2012, The Chartered Institute of Patent Attorneys (C-307/10, EU:C:2012:361), Edison had argued, in relation to “group” definitions, that the general indications in the class headings of the Nice Classification should not be given “the most prominent or first meaning that comes to mind”, but that the meaning of those general indications should be sought in the language used by market participants and regulators.

However, the ECJ disagreed. It is true that this “functional” approach claimed by Edison was developed by Advocate General Bot in his Opinion in The Chartered Institute of Patent Attorneys. However, this is precisely the point on which the ECJ did not follow the Advocate General in his judgment on the case. On the contrary, the ECJ had already held at that time that goods in respect of which trade mark protection is sought must be indicated by the applicant in a sufficiently clear and precise manner to enable the competent authorities and economic operators to determine the scope of the trade mark protection sought on that basis alone.

Edison’s allegation that the grounds of the contested judgment were contradictory was also rejected as unfounded by the ECJ. Even though the CFI acknowledged in its judgment that models of vehicles powered partly or wholly by electricity had already been placed on the market at the time of the application for registration of the trade mark, but the CFI also found that the development of models of vehicles powered by electricity on the European market “actually” took place several years after the application for registration in question. Therefore, the ECJ held that that assessment was not at all contradictory.

Judgement of ECJ “Edison” and terms of headings in nice classification, EU:C:2020:714