ECJ: Russian in the EU and obligation to state reasons

The ECJ confirmed the invalidity of the word mark PLOMBIR. The case concerned Russian language knowledge in the Union and the transliteration ‘Plombir’ of the term “Пломбир”, a Russian word for “ice cream”. 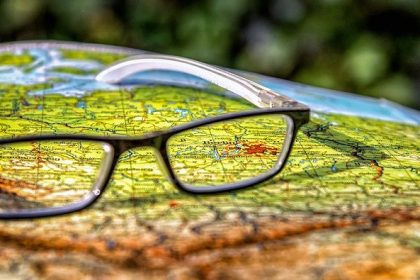 Yesterday’s judgment of the ECJ (EU:T:2018:941) focused on the union word mark Plombir, which had been declared invalid because of its descriptive character – and an action for distortion of evidence and insufficient duty to state reasons, based on Russian and Cyrillic-Latin language irritations in relation to Russian in the Union.

Is a transliteration even immediately grasped by Russian-speaking consumers in the EU and does Plombir really mean cream ice cream?

The Cancellation Division and the Board of Appeal, which subsequently dealt with the case, had extensively considered the question whether Plombir was descriptive of the goods claimed. The term Plombir is the transliteration of the term “Пломбир”, and this may mean “ice cream” in Russian – and it is for precisely this category of goods that Plombir was registered as an EU word mark by Dovgan GmbH (Germany).

Monolith Frost GmbH (Germany) filed an application for invalidity against the trademark registration, asserting a “need to keep the goods free for export” and justifying this with the transliteration ‘ice cream’ in Russian.

Descriptive character of the mark for cream ice cream?

The Cancellation Division had affirmed this, but the Board of Appeal had denied that the mark was descriptive.

It essentially only took into account consumers in Germany, but not in the Baltic States (the Board of Appeal considered that a cross-border minority, unlike a Member State or group of Member States, could not constitute a ‘part of the Union’ within the meaning of Article 7(2) of Regulation No 207/2009) and doubted whether the term ‘Пломбир’ could be transliterated in Latin letters by Russian-speaking consumers.

Monolith Frost GmbH appealed against this decision before the CFI (December 2018 (T-830/16, the contested decision). The CFI (European Court of First Instance) ruled in favour of the plaintiff and recognised in “Plombir” the faithful transliteration of the term “Пломбир” in Latin letters, which can be immediately and directly grasped by the Union’s consumers who speak Russian (especially the Baltic States and in Germany) – as cream ice cream and thus descriptive. The Monolith Frost GmbH had admissibly proved that the term “plombir” or “Пломбир” was a common term in Russian to designate ice cream by referring to the corresponding classification of the term according to the Russian technical GOST standards.

According to CFI, the Board of Appeal committed an error of assessment in determining the relevant public and infringed Article 7(2) of Regulation No 207/2009, since it should have taken into account the Baltic States in the decision, since a large part of the population there speaks or understands the Russian language. Moreover, Article 7(2) of Regulation No 207/2009 cannot be understood as necessarily referring, in the case of a word sign, to one of the official languages of a Member State or of the Union.

Action before the ECJ

Dovgan appealed against this ruling of the ECJ before the highest European Court of Justice (ECJ), this action was decided yesterday (EU:C:2020:487). In essence, Dovgan alleged distortion of evidence and a breach of the duty to state reasons, relying in both cases on the linguistic irritations arising from a Russian word for meaning in the Union.

Since Russian is a foreign language for the citizens of the Union, Monolith Frost had to prove that the term “Plombir” was part of the basic vocabulary understood by people for whom Russian was not their mother tongue, Dovgan claimed. Furthermore, it should be taken into account that Plombir was a fanciful name for a product in the USSR. Furthermore, no reasons were given as to why the classification by the GOST standard should be known by consumers in the Union.

Russian language in the European Union

The ECJ first of all rectified the extent to which the Russian language can be presumed to be spoken in the Union. The ECJ made it clear that it is common knowledge that a significant proportion of the inhabitants of the Baltic States speak Russian or have Russian as their mother tongue. Since this was generally known, the term “Plombir” could be regarded as part of everyday language.

In addition, according to the judgment of the Regional Court of Cologne (Germany) of 27 January 2016, of the population of the German territory about three million people speak Russian.

The ECJ was therefore fully entitled to find that the Board of Appeal committed an error of assessment in determining the relevant public and infringed Article 7(2) of Regulation No 207/2009, the ECJ held.

The ECJ added that it should be noted that, according to the settled case-law of the Court of Justice, any distortion must be manifestly apparent from the documents in the file without any need to carry out a fresh assessment of the facts and evidence.

The applicant, Mr Dovgan, had submitted that the CFI was wrong to consider that the word plombir was used as a type of cream ice cream. This is because dictionaries of German-Russian dictionaries reproduce the expressions “ice cream” or “cream” with the term “(sliwotschnoje) moroschenoje” (сливочное мороженое).

Dovgan argued that account should also be taken of the fact that the term “Plombir” or “Пломбир” is used as a fancy name to designate other goods.

However, the ECJ rejected this claim.

The ECJ had found that there was no indication that the term “Plombir” was no longer used in Russia and also referred to ice cream. The fact that this term could also be a fancy name was not decisive.

For if the trade mark can be used in at least one of its possible meanings to describe the goods in question, it is not eligible for trade mark registration, the ECJ stated. The fact that a term may have several meanings implies that it is not descriptive for the purposes of Article 7(1)(b). c of Regulation No 207/2009.

Russian is understood in Latin letters

Moreover, the ECJ added that the Union’s public, which is fluent in Russian, would attribute a descriptive meaning to the term “Plombir” rather than to the term “Пломбир” for cream ice cream in Russian. Consumers in the Union know the Latin alphabet, but not necessarily the Cyrillic alphabet, not least because of the means of communication which cannot handle Cyrillic letters. Russian-speaking consumers in the Union are therefore used to transliterating Russian terms into Latin letters.

Breach of obligation to state reasons

Finally, the applicant Dovgan submitted that the CFI failed to state reasons why the mention of a name in the Russian GOST technical standards necessarily implies that it is a “common term” in Russian for designating ice cream.

The ECJ also rejected this claim. It is solely for the Court to assess the probative value of the evidence submitted to it and it is not obliged to give explicit reasons for its assessment of the individual items of evidence submitted to it, the ECJ stated. By referring to the official GOST standards, the CFI had complied with its obligation to state reasons, the ECJ ruled.

The GOST standards are official standards laid down by the State Committee of the Russian Federation for Standardization, Meteorology and Certification after the end of the former USSR, which classify trademarks similar to the Nice Classification. Extracts from the GOST technical standards of 2003 proved that the goods designated by the term “plombir” and those designated by the term “moroschenoye” have the same classification number and this was submitted as evidence – with success.

The action was dismissed in its entirety.