In today’s judgment of the ECJ, the ECJ ruled that a trademark owner can claim retroactive trademark infringement with a claim for damages even for an unused trademark within the five-year period – and even after the trademark had expired. 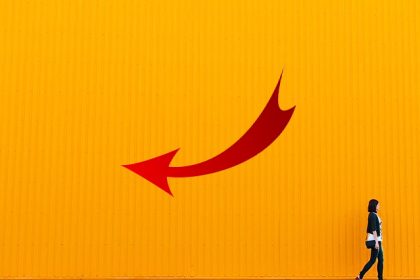 The trade mark proprietor had claimed that there had been an infringement of his trade mark during the five-year period. He filed an infringement action – but only after his allegedly infringed trademark had been revoked and declared invalid because it had not been put to genuine use.

The French court (Cour de cassation) therefore referred the case Cooper International Spirits LLC to the ECJ. This is because genuine use of a trademark is a condition for trademark protection. Therefore, if a trademark is not used for five years, it will be revoked under Article 12(1) of Directive EC 2008/95.

In today’s judgment, the highest European Court of Justice (ECJ) followed the opinion of the Advocate General of September 2019 and answered the question referred by the ECJ as already answered by the Advocate General that Articles 5(1)(b), 10 and 12 of Directive 2008/95/EC are to be interpreted as meaning that an action for infringement of a trade mark is also admissible retroactively and thus after revocation of the trade mark during the five-year period and that the EU Member States may decide so. The Member States may also decide on claims for damages based on this trademark infringement.

The Court stressed that Articles 15(1) and 51(1)(a) of Regulation No 207/2009 grant a period of grace for the commencement of genuine use of that mark. That period is necessary precisely in order to enable the proprietor of a trade mark to exercise his exclusive rights under that mark (under Article 9(1)) in respect of all the goods and services for which it is registered, without having to prove genuine use.

Moreover, from the moment of expiry of the five-year period, following a counterclaim or an action brought by the third party in infringement proceedings against that exclusive right, it can be established whether genuine use of that mark has not yet begun.

It is up to the respective EU Member States whether they wish to provide that in cases where a counterclaim for revocation is filed, a trademark cannot be validly invoked in infringement proceedings if that trademark could be revoked, the ECJ stated. This corresponds to the sixth recital of the EU Directive 2008/95.

The Court also referred to the December 2016 judgment, Länsförsäkringar (C-654/15, EU:C:2016:998), which also addressed the issue of the scope of the exclusive right at the end of the grace period, while the trademark has already been revoked. However, the present Cooper case is not comparable with this, the ECJ stated, and referred to a different starting point. In the Cooper case, the French legislature did not make use of the possibility provided for in Article 11(3) of Directive 2008/95 at the material time in the main proceedings.

The ECJ explicitly stated that it is for the Member States to decide on claims for damages for trademark infringement within the five-year period for a trademark which has expired thereafter. In this context, the Court pointed out that the lack of use of a trademark is an important aspect with regard to the amount and scope of a claim for damages, which Member States should take into account.