The trademark dispute about the registration of the sign #darferdas has been waged through all instances of the German courts for years. In 2018, the BGH referred this question to the ECJ. Now the final decision has been made: #darferdas is permissible as a trade mark for clothing in Germany. 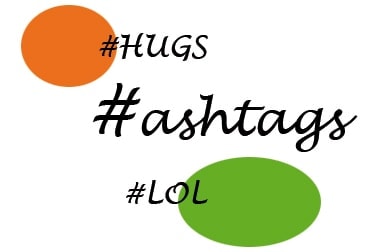 In November 2015, the German Patent and Trademark Office rejected the application for the word mark #darferdas? for goods in Nice Class 25 (clothing items such as T-shirts and headgear) for lack of distinctiveness. The instances of the German courts subsequently seised also initially rejected the trade mark application.

The Federal Supreme Court, which finally dealt with the case, referred the matter to the ECJ in 2018 – we reported.

At the beginning of 2020, the German Federal Supreme Court (BGH) then overturned the previous negative decision of the BPatG with reference to the ECJ ruling and issued a leading decision. Although the Federal Patent Court correctly assumed that the examination of whether the ground for refusal of protection of lack of distinctive character exists must be based on the customary use of signs in the relevant sector of goods (see BGH, GRUR 2018, 932 marginal no. 18 – #darferdas? I, with an accompanying note; 11 12 13 – 7 – ECJ, GRUR 2019, 1194 paras 24 and 33 – AS/DPMA [#darferdas?]).

BGH: all likely forms of use relevant

However, the answer to the question whether the public perceives a sign affixed to a garment as an indication of the garment’s origin or as a mere decorative element may vary according to the type and placement of the sign, the BGH explained. The public will regularly see an indication of origin in signs that are found on sewn-in labels on the inside of garments, the highest German court added.
According to the ECJ ruling, the examination of distinctive character can only be limited to the most probable use of the mark applied for in cases where only one type of use is practically significant in the industry concerned – but this applies to all probable forms of use. Specifically, there are other practically significant and obvious possibilities of using the sign #darferdas in addition to a decorative use, the BGH explained, for example on the label of a garment.

According to the BGH, the following guiding principles apply:

If several types of use are practically significant in the relevant industry, all these different types of use must be taken into account when examining distinctiveness.

The examination of distinctiveness can only be limited to the most likely use of the mark applied for in cases where only one type of use is practically significant in the relevant sector and the applicant has not provided any concrete evidence that makes a type of use that is unusual in the sector in question likely in his case.

In the relevant clothing sector, at any rate, there were no sufficiently concrete indications at the time of filing that the sign, when used on the label, would be understood by the relevant public only as such and not as an indication of origin, the Federal Court of Justice ruled and overturned the previous negative decision of the BPatG. The case was referred back to the BPatG by the court.

According to all this, the application sign could not be denied the minimum degree of distinctiveness required in the scope of the appeal. And since the sign “#darferdas?” is not a descriptive indication, there is also no need to keep it free within the meaning of Section 8 (2) no. 2 MarkenG.