Cimpress vs. Impress: Similarity of signs in Polish examined

An interesting case of likelihood of confusion was decided before the CJEU: in the trademark dispute Cimpress vs. Impress, the similarity of the signs was examined in Polish, although the intervener Impress GmbH operates mainly in Germany and both parties are German-speaking in the field of photo and print products. 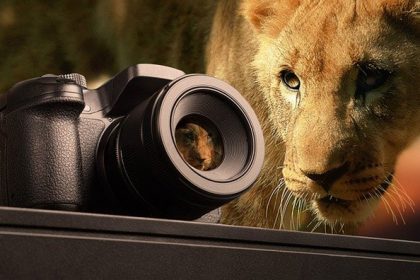 Opposition to registration of the trademark ‘Cimpress’

In the case of likelihood of confusion, it was an opposition to the trademark application for the younger Union word mark Cimpress. The applicant Cimpress Schweiz GmbH (Switzerland) had applied for the trademark in dispute in 2014. Impress Media GmbH (Germany) filed a notice of opposition, claiming likelihood of confusion and relying on its own earlier Union figurative mark p* impress, as well as the earlier German word mark Impress-Media. The goods and services covered by the mark Cimpress were similar or identical to those covered by the earlier marks, both in the photographic and printed matter sector.

In the contested decision of October 2018, the Board of Appeal upheld the opposition in large part. The goods and services in Classes 35 and 42 of the Nice Agreement were particularly contested between the parties, in particular ‘retail and on-line retail trade’ in Class 35, and ‘on-line software tools for designing and ordering electronic and printed products’ in Class 42. The Board of Appeal upheld the opposition against the mark Cimpress in these areas.

Cimpress, however, brought an action before the European Court (CJEU) alleging infringement of Article 8(1)(b) of Regulation 2017/1001. First, the applicant submits that the Board of Appeal erred in its assessment of the similarity of the signs and, second, that it erred in its assessment of the likelihood of confusion. Furthermore, the applicant submits that the earlier Union figurative mark has the minimum degree of distinctiveness required only because of its figurative element. According to the applicant, the word element ‘imprint’ of that earlier mark is, taken as a whole, devoid of distinctive character.

Similarity of the signs and likelihood of confusion

The Court stated, first, that the distinctive character of an element of a compound trade mark is assessed at the stage when the similarity of the signs is assessed. The degree of distinctiveness of the earlier mark, in turn, is one of the elements to be taken into account in the global assessment of the likelihood of confusion, the CJEU stated, as only one of the factors to be taken into account in that assessment. Thus, even if the earlier mark is of weak distinctive character, there may be a likelihood of confusion.

Similarity of the signs in Polish examined

Furthermore, the applicant submits that the Board of Appeal’s arbitrary selection of a small part of the Union as the relevant public would lead to a mistaken monopolisation of certain terms in the English language, even though they are descriptive or devoid of distinctive character in certain Member States. According to the applicant, the similarity of the signs should have been assessed from the perspective of the German-speaking public, since the intervener Impress operates mainly in Germany.

The CJEU strongly rejected this argument and cited Article 8(1)(b) of Regulation 2017/1001, stating that for refusal of registration of a Union trade mark it was sufficient that a relative ground for refusal existed only in a part of the Union. This was a consequence of the unity of the Union trade mark. In this context, it is irrelevant that the intervener is mainly active in Germany, since the objective of EU Regulation 2017/1001 is precisely to enable companies to adapt their activities to the dimensions of the Union market and to extend them beyond the national territory without regard to borders.

The Opposition Division and the Board of Appeal are therefore even obliged to examine whether there is a likelihood of confusion at least in part of the Union – without being limited to a specific national territory. The CJEU therefore held that this was in no way a mistaken monopoly and that the Polish-speaking public was correctly chosen as the relevant public for the purposes of assessing the similarity of the signs.

‘impress’ and ‘cimpress’ meaningless in Polish

It therefore remained to be determined whether the terms ‘impress and ‘cimpress were meaningless to the Polish-speaking part of the relevant public. In this context the CJEU confirmed that Polish-speaking Europeans have a very good knowledge of English. Poland is one of the countries in the world with a high level of English language skills, namely 62.45 points, the Court explained.

Nevertheless, the CJEU ruled that it could not be assumed that the English term “impress” was part of the basic English vocabulary. Moreover, the English term usually used when referring to “print” was not “to impress” but “to print”. Nor had the plaintiff provided any evidence whatsoever of the meaning of the word element “impress” with reference to printed products. The decision of the Board of Appeal was therefore correct in holding that the terms ‘impress’ and ‘cimpress’ were meaningless in Poland and that the conceptual comparison of the signs was therefore neutral, the CJEU explained. The Court also held that the Board of Appeal’s conclusion that the word element ‘impress’ therefore had an average distinctive character for the relevant Polish-speaking public was correct.

Moreover, the signs are highly visually similar, since the word ‘imprint’ of the earlier Union figurative mark is entirely contained in the mark applied for, and there is also a very high degree of phonetic similarity, the Court held. The presence of the letter ‘c’ at the beginning of the mark applied for is not in itself sufficient to exclude any phonetic similarity, the CJEU held.

And since the marks at issue have only two minor differences, namely the letter ‘c’ at the beginning of the word ‘cimpress’ and the figurative element ‘p*’ above the word ‘impress’ in the earlier mark, the two marks give an overall similar impression visually.

Consequently, the CJEU dismissed the action in its entirety.

Do you also wish to defend your trademark or brand?