The Chinese Internet company Tencent Technology Co., Ltd. (“Tencent”), recently sued the Trademark Review and Adjudication Board (TRAB) of State Administration for Industry & Commerce (SAIC) of China against TRAB’s decision on a refused sound trademark of “DiDiDiDiDiDi”, the first administrative lawsuit of the kind since sound was listed as an element of trademark on May 1, 2014.

Tencent’s attempt to apply a sound 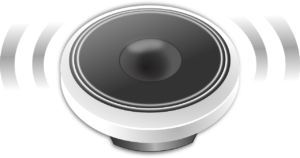 The application for the mark “DiDiDiDiDiDi” was filed in May 2014 by Tencent. It is a sound that is used for incoming messages during the running of Tencent QQ application, which was refused. Despite Tencent’s appeal, the TRAB sustained the refusal in April 2016. The “DiDiDiDiDiDi” sound could only represent some feature of the software, the TRAB justified.

Even Tencent’s evidence which could effectively show that QQ software is well-known did not change the decision. Furthermore they evaluated the sound as hardly distinguishable from other service sources and refered the sound a lack of obvious characteristics.

Due to their dissatisfaction through TRAB’s decision, Tencent filed a lawsuit with the Beijing IP Court. Tencent pointed out that the company is one of the best-known providers of comprehensive internet services. Their QQ application is a popular instant massager. The sound “DiDiDiDiDiDi” had been used to identify the arrival of messages and could directly correspond to Tencent’s QQ product or services. The sound, including six same signals, neither too long nor too simple, is distinctive enough. It can be distinguished from other service sources. Tencent stressed that the public can immediately associate the sound with Tencent’s services due to the long-term and extensive use and that it is untenable to consider “original creation” as a criterion for reviewing of sound trademark.

The said case is now pending.