Burlington – who thinks of London?

Although the famous Burlington Arcade for luxury products in central London has been known for over 100 years, it was not able to assert itself before the CJEU against the registration of various word and figurative trademarks of Burlington Fashion GmbH. The earlier mark Burlington Arcade is registered only for Nice Classes 35, 36 and 41. 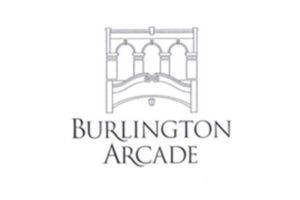 In 2013, the Opposition Division upheld the opposition, but by decision of 11 January 2016 (‘the contested decision’), the EUIPO Board of Appeal annulled it. The goods and decisions of the goods and services in question are different and, moreover, Tulliallan Burlington Ltd. has not proved that the conditions necessary to prove misrepresentation and damage in the present case are met. The applicant appealed against that decision before the European Court (CFI).

Burlington – a name as famous as it is contested

The Burlington brand is a famous brand name in both Germany and UK. In London, the historic shopping arcade Burlington Arcade is a famous name as a very famous shopping arcade with luxury boutiques, as are the surrounding Burlington Gardens and Burlington House. In Germany, on the other hand, socks have been produced under the brand name Burlington since the 70s in a pattern based on the style of the Scottish clans. After changing licenses to the name rights, which were initially located in the USA, the German company Falke has held trademark rights to the Burlington brand for years. The intervener in this case, Burlington Fashion GmbH, operates at the same address as FALKE KGaA.

In its judgments today, the CJEU confirmed the repute of the earlier marks in Nice Classes 36, 41 and – unlike the Board of Appeal – also for the services in Class 35. Nevertheless, the Court found that there was no connection between the marks. Nor has the applicant proved that the use without due cause of the mark applied for takes unfair advantage of, or is detrimental to, the distinctive character or the repute of the earlier marks.

Although the applicant refers to the “almost unique” character of its earlier marks and to their “high and exclusive” repute, it has not submitted any evidence that the use of the mark applied for would undermine the attractiveness of its earlier marks, the CFI held.

The absence of a precise indication of the goods which may be sold in the various shops which include a shopping arcade such as Burlington Arcade precludes any link between those shops and the goods covered by the mark applied for. The Court added that the fact that a trade mark including the term “Burlington” was used for goods similar to those offered in the applicant’s London Passage was not in itself such as to affect the economic attractiveness of that place for the average consumer and dismissed the action.