In the trade mark dispute concerning a brushed circle as an EU trade mark for wine, the proprietor of the national earlier trade mark won. Despite the word element ORIGIUM 1944 of the earlier mark and different colouring, the likelihood of confusion was found by the CFI. 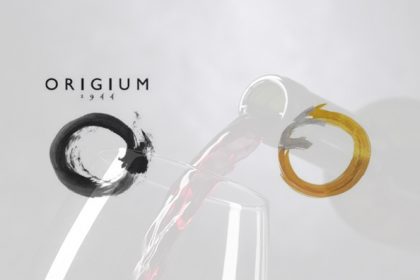 In general, a word/figurative mark – such as the earlier national mark ORIGIUM 1944 – has a less powerful scope of protection than an identical word mark. Since a figurative mark is protected in the same way as it was applied for, all elements are taken into account when comparing marks, i.e. the combination of the word element and the figurative representation.

In the present case, however, the word/figurative mark was asserted against a pure figurative mark, without wordelement. The focus was therefore on the question of whether the word element ORIGIUM 1944 of the earlier mark was to be considered distinctive.

In April 2018, the applicant, 1031023 B.C. Ltd (Canada), had applied for a yellow brushed circle as a Union figurative mark. Subsequently, in July 2018, the intervener, Bodegas San Valero, S. Coop. (Spain), filed an opposition against this trade mark registration. It referred to its own earlier national figurative mark ORIGIUM 1944 – which represents a black brushed circle. The disputed mark was registered for the product “wine” of Nice Class 33, the earlier national mark ORIGIUM 1944 for “alcoholic beverages, except beers” of Nice Class 33.

In comparing the similarities of the two figurative marks, the Board of Appeal had found co-dominance of the figurative and word elements of the earlier mark. In doing so, several annexes to the application had been intended to prove, as a particularity, that Spanish consumers understand Latin words. If this could be proven, the verbal elements of the earlier mark could be considered to be more dominant.

The annexes submitted were an article on the lexicon of the Spanish language and from a ministerial decree of the Spanish government on the compulsory content of the “Baccalauréat”, which gives access to university. However, the CFI did not accept these annexes as they had not been available at the time of the Board of Appeal’s decision and therefore constituted new evidence.

But is that decisive for the assessment in this case? In short: Not really.

The Board of Appeal had found that the main difference between the conflicting signs was the absence of a word element in the mark applied for, but that this difference did not remove the similarity of the signs.

The CFI confirmed this decision. Even assuming that part of the Spanish-speaking public in the European Union perceives “Origium” as “origin” and the word combination “Origium 1944” as an information on the date of foundation of the winery, such a consideration does not make this element dominant or distinctive, the CFI stated. It is quite common in the wine industry to indicate the founding date of their winery on the labels of wine bottles; in this respect, “Origium 1944” could at most be seen as purely descriptive and therefore weak or even very weakly distinctive. This in turn almost rules out the possibility that it is a dominant element.

But only if all other elements of a mark are negligible can the assessment of similarity be based on the dominant element alone, the court explained. This was not the case here.

Brushed circle – with and without ORIGIUM 1944

In any case, trade marks must be compared as a whole when examining the likelihood of confusion – which, according to the CFI, does not exclude the possibility that one or more elements of a composite trade mark may be decisive for the overall impression created by the trade mark in the mind of the relevant public. In the present case, however, the overall impression was characterised by the brush-like design of the figurative elements, which were both drawn in similarly sized brushed circles.

In vain, the applicant argued that the different colour design should have been considered as distinctive differences.

The earlier mark is designed in black and white – and registered without any colour claim. The mark applied for, on the other hand, is represented in a gold and grey combination. However, the colour differences were not particularly relevant in the overall impression, the CFI ruled, the features due to the brushed circle of both marks predominated. Consumers could perceive the colours as variations.

Moreover, the CFI stated that according to established case law, wines are intended for the general public – who are also deemed to be normally informed and reasonably observant and circumspect. An average level of attention should therefore be assumed.

In vain, the plaintiff argued that since Spain is a country known for its gastronomy and especially for its wines, Spanish consumers are great wine lovers with a correspondingly high level of attention. The CFI rejected this argument. The fact that the average consumer, when buying this type of goods, will check the various elements on the label of a bottle of wine does not mean that his level of attention is particularly high. The consumer, when buying a bottle of wine, will pay particular attention to the various features of the wine and not necessarily to the trade mark, the CFI ruled, referring to a related 2011 CFI judgment, [ROSALIA DE CASTRO], T-421/10.

Finally, the CFI held that signs have a medium degree of similarity from a visual point of view and are identical, or at least highly similar, from a conceptual point of view.

Protection or defendence of your trademark – your issue?

Our lawyers have many years of expertise in design law and trade mark law as well as in the entire field of intellectual property and are entitled to represent you before any court – in Germany and also internationally.