Can “a silhouette, represented in black, of a person adopting a typical body-building pose displaying the muscles of his body” (=Body-builder silhouette) be registered as an EU trade mark for nutritional supplements, clothing, and footwear? The European General Court says No and upheld the rejection made earlier by the EUIPO.

In Case T-335/15, Universal Protein appealed a Fifth Board of Appeal ruling of the EUIPO that they could not register a trade mark consisting of “a silhouette, represented in black, of a person adopting a typical body-building pose displaying the muscles of his body” in classes 5 (nutritional supplements), 25 (clothing; footwear) nor 35 (on-line retail store services featuring nutritional supplements, health and diet related Image not foundproducts, clothing and footwear). 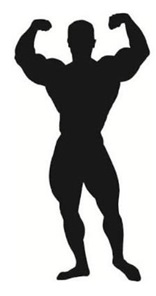 The US-based applicant, Universal Protein Supplements Corp., filed a trade mark application with the EUIPO in July 2014. It was filed in the following classes:
• Class 5: Nutritional supplements
• Class 25: Clothing; footwear
• Class 35: On-line retail store services featuring nutritional supplements; health and diet-related products; clothing and footwear.
The application was rejected by the examiner on the grounds that the mark was devoid of distinctive character under Article 7(1)(b) and that it was descriptive of the goods and/or services for the purposes of Article 7(1)(c) European Union Trade Mark Regulation. Universal appealed the examiner’s decision to the Fifth Board of Appeal of EUIPO, however their appeal was rejected in March 2015.

The test which the Court undertook was determining whether there was a “a sufficiently direct and specific relationship between the sign and the goods or services… as such as to enable the public… to perceive immediately, without further reflection, a description of the goods and services in question or one of their characteristics“. The Court iterated that the reason for the prohibition is that descriptors should be available for everyone’s use (OHIM v Wrigley; Agencja Wydawnicza Technopol v OHIM). 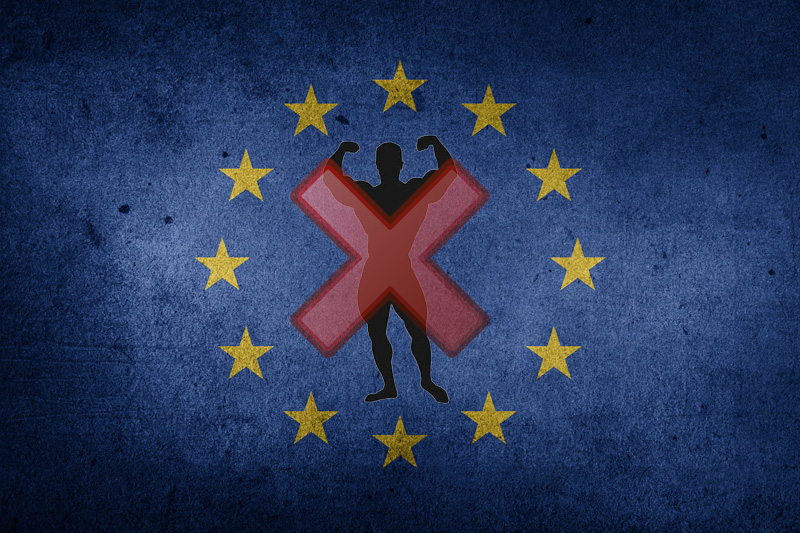 Universal Protein made 3 claims, each rejected by the Court which iterated a general remark that the mark needs to be understood in context, whereby each applied for class may use the figure of a body-builder to indicate that its use is for body building and/or body builders.

First, Universal Protein argued that the Examiner failed to consider the mark as a whole, including its stylised position and features. The Court rejected this contention, noting that a general silhouette does not amount to a stylised form, especially one as typical of a body builder as the mark in question.

Second, Universal Protein claimed that the mark was not merely a representation; it was something more “allusive”. The Court responded that the mark did “not require any mental effort on behalf of the relevant public the latter being immediately able to perceive the meaning of the sign at issue, which refers to the concept of ‘body-builder’ or ‘body building’.

Third, Universal Protein contended that there are an unlimited number of ways to depict a body-builder, so there is no monopoly on the description. Even if true, the Court noted that this is irrelevant for determining whether a mark is a descriptor which rests on the aforementioned test.

The case can also be seen as a useful reminder of the Court’s reasoning with respect to descriptive marks and why silhouettes of everyday things will generally be construed as descriptive.

Trade mark was already registered in the UK

Universal Protein successfully registered the very same figurative mark as a UK trade mark in 2014, registration number UK00003012520, in the same classes as the rejected European Mark application. This case shows once more that the national patent offices check the trademark applications just in a superificial way, not checking whether similar or identical trade marks have already been registered. It remains to be said that for trade marks registrations if and until they are challenged in the courts, there is no guarantee of their validity.

Protect your trademark – the right way

Request a call-back without any obligations now: