The Federal Supreme Court (BGH) has ruled in a landmark decision on abusive exclusive rights under MarkenG: In the case Classe E v. Mercedes German mark E-Klasse, the issues were stock marks, intention to use and purpose of a trade mark application. 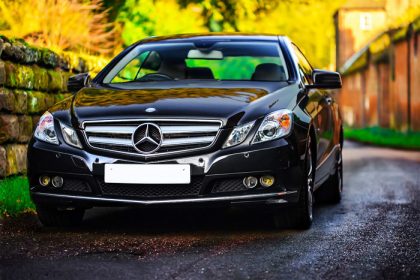 The facts of the case are quickly told:

In November 1992, the defendant successfully applied for registration of the term Classe E as a word mark in France, inter alia for the Nice Class 12 “véhicules (vehicles, cars)”. In April 1993, this word mark Classe E was also registered internationally as IR mark no. 600 173 with protection granted for Switzerland and Germany.

Only a short time later, from the middle of 1993, the applicant DaimlerChrysler AG began to use the sign “E-Klasse” in German for its Mercedes modells in advertising and price lists. In French and Italian language texts, Daimler calls the E-Klasse ‘ Classe E ‘ (No. 92 443 670).

Now everything happened very quickly: in mid-July the defendant informed DaimlerChrysler AG about the trademark registered for him in France. Daimler subsequently also paid for both a licence in France and a licence for Switzerland.

In August 1993, Daimler also wanted to protect these signs E-Class and Classe E as a German trademark, but the application was rejected by the German Patent and Trade Mark Office (DPMA). The reason given by the DPMA was that the signs were quality specifications and lacked distinctive character.

The trademark proceedings were initiated because the defendant demanded a licence agreement for Germany from Daimler in 1995, which Daimler, however, refused to grant. After all, the DPMA had rejected the word marks as not eligible for protection. Daimler now defended itself and on 19 January 1996 filed an application with the DPMA for partial revocation of protection in respect of the IR trade mark (concerning “véhicules”). In addition, Daimler filed an action seeking a declaration that the defendant was not entitled to any claims against Daimler under trademark law.

The defendant in this case (BGH, I ZR 93/98) is a private individual living in France who describes himself as a trademark designer. As such, he had applied for approx. 50 trademarks, which he described as stock marks, including the word mark ‘ Classe E ‘. This is permissible in principle; trademark agencies and trademark designers should be able to offer their clients a certain selection of brands. And other industries, for example the pharmaceutical industry, also usually create stock marks.

In addition, the Trademark Act (MarkenG), which came into force on 1 January 1995, abandoned the previously binding requirement of a general business operation. Since then, de facto any private person can acquire trademark rights.

However, a prerequisite for admissible trademark protection is the existence of a general intention of the right holder to use the trademark as a company sign by himself or to make it available for use by a third party – by granting a licence or after a transfer. Such a general will to use is also required for the protection of stock marks.

Decisive: the general intention of use

It is therefore not surprising that the “general intention to use” is repeatedly challenged in trademark proceedings, including in the present case of Classe E versus E-Klasse.

Accordingly, the German Federal Supreme Court (Bundesgerichtshof, BGH) had to examine, pursuant to § 153 (1) MarkenG, both under the old law (prior to 1 January 1005) and the new law, whether the defendant, whose IR trade mark “Classe E” was registered prior to 1 January 1995, was or is entitled to claims against DaimlerChrysler AG for infringement of its trademark. However, the BGH also examined the question of an abusive assertion of the exclusive right under trade mark law pursuant to § 14 (1) MarkenG, because the court of appeal of the previous instance had ruled that the defendant had acted abusively and without any intention of use.

In short, had the defendant applied for the term Classe E as a lawful stock mark or ambush mark in order to be able to generate injunctive and monetary claims?

In principle, the determination of the intention to use is difficult, the Federal Supreme Court first explained, because it is a subjective process. The case law therefore assumes in general an intention of use – which, however, can be refuted. And the BGH did it in this case.

The defendant himself had provided the circumstantial evidence for his lack of intention to use, because he had submitted letters from some companies to which he had obviously offered part of his trade marks indiscriminately. Such behaviour does not correspond to the usual business dealings of a trademark agency or a trademark designer, the court found. In addition, the defendant had offered the trademark “Classe E” to DaimlerChrysler AG for licensing without a marketing concept, but with an unambiguous reference to its formal trademark position, and this at a time when DaimlerChrysler AG had already chosen the terminology “E-Klasse” and presented it to the public.

Together, these findings by the court of facts of a lack of intention to use the trademark and an abusive assertion of its rights under the trademark “Classe E” were based on circumstantial evidence, which is only reviewable as to whether they were made in a procedurally defective manner or whether the Court of Appeal infringed the laws of reasoning and the principles of experience. However, this was not the case here.

The BGH therefore confirmed the decision of the Court of Appeal. The BGH ruled that the defendant had acted without any intention of use and had abusively asserted the exclusive right under trademark law.

Would you also like to protect or defend your trade mark?

Our lawyers have many years of expertise in trade mark law as well as in the entire field of intellectual property and are entitled to represent you before any court – in Germany and also internationally.
Please contact us easily if you are interested.