Could Haribo claim trade mark infringement from its word mark GOLDBÄREN against the “Lindt Teddy” – a chocolate figure wrapped in gold foil in the 3D shape of a sitting bear? The BGH ruled on this with guiding notes on similarity through 3D design in this case about the Haribo Gold Bears.

Similarity of signs between a word mark such as Haribo’s GOLDBÄREN and a 3D design such as Lindt’s “Gold Teddy” is not excluded from the outset, the Federal Supreme Court ruled in 2018 with guiding notes (BGH ‘Goldbären’, I Z R 105/14).

An exciting trademark dispute between major sugar confectionery manufacturers: Sprüngli Lindt were sued by Haribo – and Haribo in turn enjoys world fame with its Gold Bears made of fruit gum, which have even been in space. US astronaut C. Coleman took bags of Haribo fruit gum bears to the ISS in 2019. Now in 2022, Haribo Fruchtgummi is celebrating the 100th birthday of the famous fruit jelly – we extend our warmest congratulations!

Both companies have IP rights to bears / teddy bears

In 2004, the defendants Sprüngli Lindt (Switzerland) had applied for registration of the well-known golden chocolate bunny as a European 3D Union trade mark, then called a three-dimensional Community trade mark. However, the desired trademark registration was refused at all instances due to lack of distinctiveness: bunnies are part of the typical range of shapes of chocolate goods, especially as Easter bunnies.

However, since 2011, Sprüngli Lindt’s product range has also included a chocolate figure in the shape of a sitting bear, also wrapped in gold foil, called “Lindt Teddy”. Accordingly, the Swiss chocolate company is the owner of the German word and figurative mark DE 371973 “Teddy” (with priority from 14 April 1927) and also the German word mark DE 2105373 “Teddy” – inter alia for chocolate and sugar confectionery.

This caught the attention of Haribo (Germany), the German company for world-famous fruit gums – in the shape of bears. As early as 1922, a fruit gum in several flavours was created and produced by Hans Riegel, and the family business was founded in Bonn (the initial letters give the company name: Ha-Ri-Bo). From the very beginning, Haribo fruit gum had the shape of a bear, or more precisely a dancing bear. Since 1960, Haribo has been selling yellow and gold-coloured jelly bears under the name GOLDBÄREN (engl: Gold Bears).

Haribo therefore considered its trade mark rights to have been infringed by the Lindt teddy and asserted claims for injunctive relief against Sprüngli Lindt under § 14 (2) No. 3 and § 14 (2) No. 2 of the Trade Mark Act (MarkenG), relying primarily on the German word mark GOLDBÄREN. However, the Court of Appeal had dismissed the action (OLG Cologne), against which Haribo, as plaintiff, turned to the Federal Supreme Court of Justice (BGH).

The BGH also largely rejected Haribo’s claim. The Court of Appeal had rightly held that the claims for injunctive relief based by the plaintiff primarily on the word mark DE 974380 GOLDBÄREN (plaintiff’s mark1) were not justified under either § 14 para. 2 No. 3 or § 14 para. 2 No. 2 MarkenG.

The similarity of the goods does not justify the claims for injunctive relief, the Federal Supreme Court explained, even if one takes into account points of contact between the marks in dispute in distribution and the functional complementarity of the goods. However, the Court of Appeal had taken into account the goods for which the trade mark was actually used. The BGH criticised this.

Similarity of the goods or services covered by the TM GOLDBÄREN

For the question of similarity of goods or services in registered trade marks, the goods or services for which the trade mark is registered must always be taken into account, the BGH explained. And since the trade mark in suit, GOLDBÄREN (Gold Bears), was registered for the broad generic term “sugar confectionery” without any restrictive additions, this was to be taken into account. Therefore – contrary to the decision of the Court of Appeal – it had to be assumed that the goods were more similar than average.

However, the Federal Supreme Court added that this did not lead to a remittal to the Court of Appeal, as trade mark claims were excluded even if an above-average similarity of goods was assumed. A claim for injunctive relief based on the trade mark in suit under § 14 (2) No. 3 and (5) MarkenG is excluded due to the lack of similarity with the colliding product designs, even if the distinctive character of this trade mark is enhanced and – assumed – the similarity or identity of the goods is above average, protection against confusion under § 14 (2) No. 2 MarkenG cannot be considered.

Similarity between the mark Gold Bears and a 3D design

Accordingly, the latter may not

A boundless expansion of the scope of protection of a word mark with the consequence of a comprehensive monopolisation of product designs is to be excluded, the BGH explained.

Do you want to protect your trade mark or product? 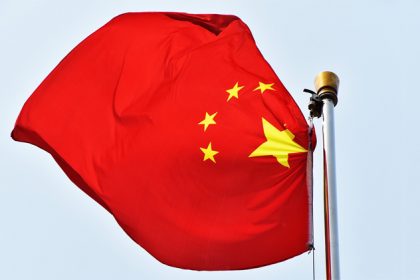 Skechers: ARCH FIT is US TM- but rejected as EU trade mark