In a true Italian fashion of family sagas over the name Alfredo which gave birth to the “famous” dish of ‘fettuccine Alfredo’, the EUIPO and the EU Courts ruled on the trade mark conflict between Mr. Mario Mozzetti (EUTM Applicant and owner of “Alfredo alla Scrof” restaurant, former owned by Alfredo I.) and Mr. Alfredo di Lelio (Cancellation applicant, Alfredo’s son in third generation). 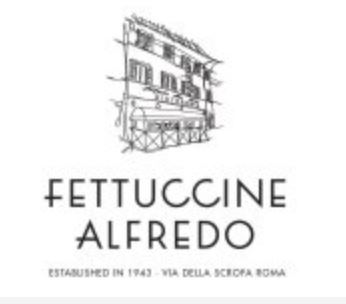 According to the legends of pasta, Mr. Di Lelio created in 1914 the original recipe for “fettuccine Alfredo”– uber famous abroad but not so much to Italians- to soothe his pregnant wife, which became one of the most renown dishes of his restaurant. His original restaurant in Rome is named Alfredo alla Scrofa at Via Della Scrofa, and his fame spread worldwide so much to be nicknamed Alfredo the Emperor of Noodles. Alfredo semi retired and sold his restaurant, to Mr. Mario Mozzetti which is still in business to this day. Some years later, Alfredo Di Lelio opened another restaurant nearby named Alfredo II and today dubbed Il Vero Alfredo ( the “true” or “original”).

In 2009, Mr. Mozzetti obtained the two registrations above which were the object of invalidity actions on the basis of the Italian mark L’ORIGINALE ALFREDO filed in 2012.
The Cancellation Division and Board of Appeal upheld the invalidity action. The General Court dismissed the appeal.

Mr. Mozzetti claimed that the distinctive character of “alfredo” is weak since the use of the word common to the conflicting marks, is widespread in the area of products and services in question. First, the term “alfredo” would be related to the “fettuccine”, a type of pasta, due to the existence of a dish called “fettuccine alfredo”. According to a research conducted on the Google search engine , the use of “fettuccine alfredo” is generalized. Finally, numerous marks containing the term ‘alfredo’ are registered in countries of the European Union for services in Class 43.

Not to be equated with “Fettucine Alfredo”?

However, the Court held that the list of Google search results was solely for the phrase “fettuccine alfredo” and not the term “alfredo” alone, so it did not demonstrate that this term has become widespread in the area of products and services or that it will be perceived, without the addition of “fettuccine” as referring to pasta.

So, give the identity or the high similarity of the goods /services, that the earlier mark had a normal distinctive character, and the fact that the term “alfredo” present in both signs, is of a more important distinction as the other elements, there is a risk of likelihood of confusion.

Last but not least, the Board of Appeal correctly found that the coexistence of the marks in a central area of Rome could not be considered because it was not demonstrated for a significant part of Italian territory. In addition, that coexistence was alleged for restaurants and not for food products covered by the marks. Finally, the contract concluded in 1943 by the ancestors of the parties was not relevant, because the risk of confusion must be assessed in light of current factual circumstances and in particular the similarity of brands, products and services in question.