Restrictions in trade mark application at any time

In a trade mark application, the applicant can restrict the goods and services at any time. This also applies during proceedings before the Board of Appeal and regardless of whether a statement of grounds was filed, the European Court ruled in proceedings concerning the well-known figurative mark of mobile, the well-known German online automobile marketplace. 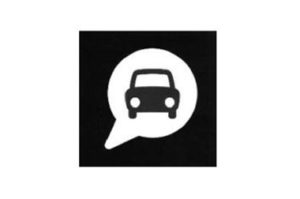 The applicant mobile.de GmbH (Germany) had applied for annulment of the contested decision, which focused on the figurative mark of the well-known online vehicle market, a car with a speech bubble. In the decision of 7 August 2018 (the contested decision), the EUIPO Board of Appeal dismissed the appeal of mobile against a negative decision of the EUIPO examiner, as the Board of Appeal considered that the requirements for a statement of grounds of appeal pursuant to Article 22(1)(b) of Regulation (EU) 2018/625 were not fulfilled.

The applicant mobile had submitted two pleadings to the EUIPO: first, the request for restriction of the list of goods and services for all goods and services for which the desired trademark registration had been refused by the examiner, but at the same time also a further pleading as grounds of appeal concerning the restriction of the trademark application. Since that second pleading – the statement setting out the grounds of appeal – was merely annexed to the first pleading, the Board of Appeal did not accept it.

Before the European Court (CJEU, it’s the Court of first instance (CFI)), mobile therefore claimed that the Board of Appeal had infringed mobile’s right to restrict the list of goods and services contained in the trade mark application pursuant to Article 49(1) of Regulation 2017/1001. The European Court ruled in favour of mobile. According to the first sentence of Article 27(5) of Delegate Regulation 2018/625, the Board of Appeal must rule on such a request for limitation under Article 49 of Regulation 2017/1001 at the latest in its decision on the appeal, the CJEU ruled. That obligation to rule on such a request for limitation exists for the Board of Appeal irrespective of whether a statement setting out the grounds of appeal has been filed pursuant to Article 22(1)(b) of Delegate Regulation 2018/625.

However, since the Board of Appeal had wrongly dismissed the appeal as inadmissible, it had infringed Article 49(1) of Regulation 2017/1001 in conjunction with Article 27(5) of Delegate Regulation 2018/625 by not deciding on the applicant’s request to restrict the list of goods and services, but by referring to what it considered to be the absence of a statement setting out the grounds of appeal.