Advertising with “Best Agern” is a trend – but is a mature gentleman with a silk scarf an imitation of Käpt’n Iglo? Iglo sued Appel Feinkost for misleading advertising for fish products – but in vain.

The regional court Munich I, before which this case (17 HK O 5744/20) was negotiated, rejected the complaint of the Iglo GmbH. In the focus of the maritime lawsuit was the “Käpt’n Iglo” (Captain Iglo), well-known from advertising, on which Iglo bases its advertising concept with a high degree of awareness and success.

It therefore had to be clarified before the Regional Court of Munich to what extent an advertising concept could be seen as an imitation that is in advertising connection with coast and sea. Appel Feinkost argued that obvious maritime motifs such as coast, sky, weather and the sea could not enjoy any protection against imitation.

Advertising with “Best Agers” is a trend

The court therefore examined the similarity of the maritime actors or the maritime scenery. In doing so, the Munich Regional Court found several clear differences – and a clear trend. Advertising with “Best Agers” is extremely popular and widespread, the court found; the famous “Käpt’n Iglo” is therefore not to be seen as an exclusive advertising concept in this respect. 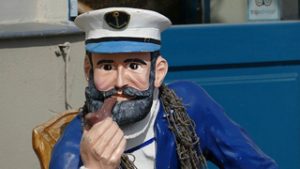 The famous sailor was introduced as an advertising figure by Iglo in 1985 and is so successful as an advertising concept that it has basically been continued until today. Fish sticks exist even longer – they came onto the market in 1955 – but as a successful advertising campaign over decades, “Käpt’n Iglo” is already a special success story. So it is no wonder that Iglo saw imitation in the maritime advertising of Appel.

Differences of the “Best Agers” in the maritime scene

However, the LG München evaluated this differently and emphasized the differences between the maritime scenes. Thus the advertisement of Appel Feinkost shows a distinguished, well-off gentleman in an elegant three-piece suit with a silk scarf. As a consumer, one would never think of a sailor like “Käpt’n Iglo”, the court decided.

Although the “Best Ager” appel wears a cap of the Elbe pilots, the LG admitted, this does not make him a sailor. Such caps are worn in the North German area, at the sea, in large numbers, and in particular, the court explained that in this respect it is not a captain’s cap.

Above all, however, the name and thus the designation of origin of Appel Feinkost is also clearly visible in advertising. For the consumers addressed, it was thus clear without a doubt that the attacked advertisement was neither connected with the figure of “Captain Iglo” nor with Iglo.

The LG Munich Court therefore dismissed the action. However, it remains to be seen how Iglo deals with this decision, the judgement of the LG Munich is not legally binding.

Are you also looking for protection for your product?

Our attorneys have many years of expertise in the entire field of intellectual property – trademarks, designs and patents – as well as in competition law and are authorized to represent you in any court – in Germany and internationally