Counterfeiting: EU loses €1.3 billion every year due to fake spirits 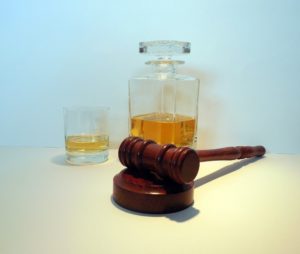 The European Union Intellectual Property Office (EUIPO) has published a report presenting the results of the eighth sectorial study, covering the production of two products: spirits and wine.

The EPO/OHIM (2013) study revealed that both sectors are intensive in their use of trade marks and Geographical Indications and that designs are also used intensively in the spirits sector.

Those lost sales translate into 4,800 jobs directly lost across the spirits and wine sectors in the EU, as legitimate manufacturers employ fewer people than they would have done in the absence of counterfeiting.

When the knock-on effects of counterfeit wines and spirits in the marketplace are taken into account, 18,500 additional jobs are lost in the EU economy, of which notably 8,600 jobs are in agriculture and 1,300 jobs in the food industry. The total yearly loss of government revenue as a result of counterfeit products in these sectors across the EU-28 is estimated at €1.2 billion. The countries that suffer the majority of these costs include Spain, Italy, France, Germany, and the United Kingdom; annually, these countries lose an estimated €263 million, €162 million, €136 million, €140 million, and €87 million, respectively.

In future reports, EU Observatory will study the effects of counterfeiting on additional sectors, such as pharmaceuticals, computers, auto parts, and other industries that are considered to be prone to IPR infringement.
>> For the full report please visit this webpage.