Counter Terrorism: 10 000 firearms seized in Spain with support of Europol

On 12-13 January 2017, the Counter Terrorism Units of the Spanish National Police in Madrid, Bilbao, Valencia and Gerona, with the collaboration of Europol, have carried out an operation within the framework of an investigation against the illicit trafficking of firearms. 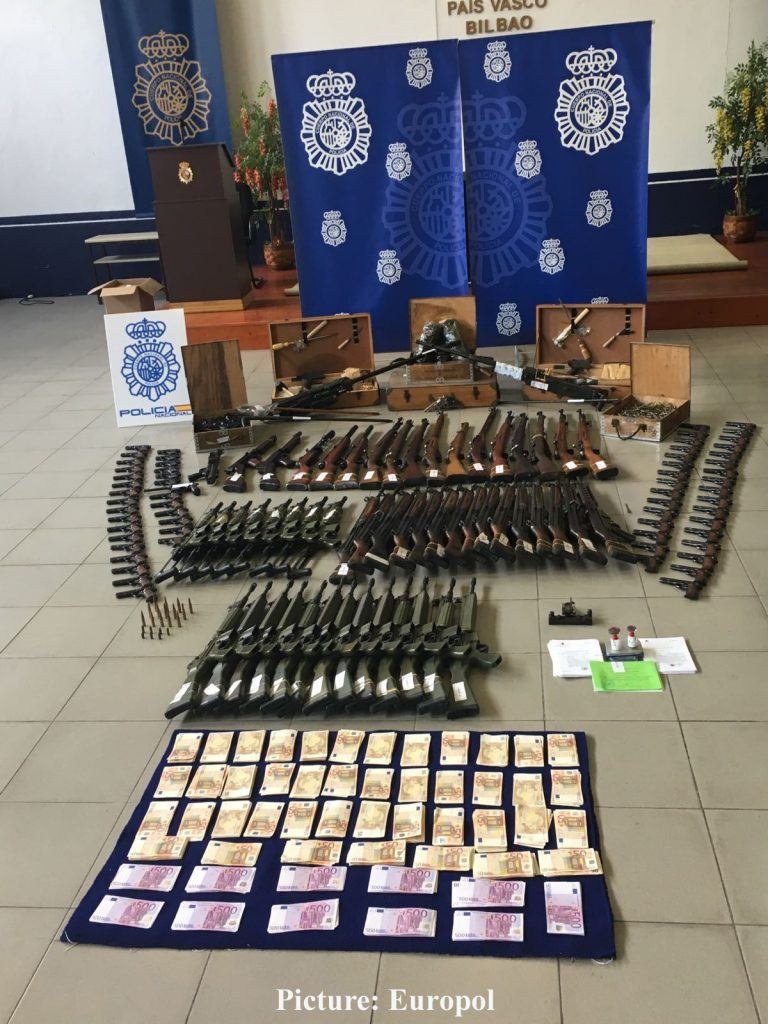 During the course of this action, 5 individuals have been arrested, 6 house searches have been conducted in three Spanish provinces of Bilbao, Cantabria and Gerona and more than 10 000 firearms have been seized, alongside EUR 80 000 in cash.

This organised crime group used a sport shop as a distribution centre which in reality sold firearms, parts and components and ammunition. They acquired a significant amount of the firearms in auctions and from other legal entities.

The crime group sold deactivated firearms which did not comply with the existing deactivation standards and life firing firearms in Spain and other European countries. A sizeable amount of these firearms were assault rifles and hand guns, but there were also other weapons such as anti-aerial machine guns.

The suspects also sold essential parts and components with the aim of reactivating deactivated firearms. During the course of this action, an illegal workshop was also dismantled which was used to repair and reactive firearms. The suspects were found in possession of stamps and other items used to forge certificates of reactivation.

Information gathered during the operation will now be analysed by Europol in order to identify potential links with other criminal or terrorist activity across Europe and beyond.