Amazon not responsible for unfair advertising in Amazon affiliates

If customers are guided to amazon.de via the affiliate link and make a purchase, the website operator (= affiliate) receives a so-called advertising cost reimbursement. Amazon and its companies are nevertheless not responsible and are not to be regarded as clients for unfair advertising in Amazon affiliates, the Mannheim Higher Regional Court ruled. 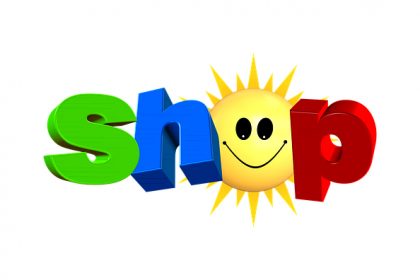 In the recently decided case before the OLG Mannheim a mattress manufacturer resident in Germany complained. She defended herself against the sale of a mattress “S” by a company called “S”, which acts as a dealer on the so-called Amazon Market Place.

On the website www.xyz.net/matratze-test/ can be found under the headings: Imprint, privacy policy, the following text: “The editorial staff of xyz.de works independently of manufacturers. We link to selected online stores and partners from which we may receive remuneration”.

The plaintiff claimed that the advertising on the website www.xyz.de is misleading in the sense of § 5 para.1 No.1 UWG. Objective mattress recommendations and product comparisons were promised. Actually the entire enterprise of the web page xyz.de is however driven by financial interests. Because the side operator earns substantial commissions over the Affiliate left switched by it to the offers under Amazon.de. In addition, there is also a violation of § 5a para. 2 UWG. Because the side operator does not clear up about the fact that he acts presently as Affiliate partner of the defendant, in particular also not in the Affiliate links.

Therefore the plaintiff asserted claims for injunction against companies of the Amazon group through a temporary injunction due to unfair advertising by a third party on its website www.xyz.de.

But the OLG Mannheim rejected the request for preliminary injunction, just like already the regional court Mannheim. Because in the opinion of the court, the plaintiff’s claim for injunction against the defendants was missing. None of the defendants can be attributed the anti-competitive content (if it is anti-competitive) of the website of an affiliate partner as an entrepreneur according to § 8 para. 2 UWG, the Mannheim Higher Regional Court ruled.

Although the Federal Court of Justice (BGH) affirmed the responsibility of the operator of such an advertising partnership for the trademark infringement committed by the advertising partner as an agent pursuant to Section 14 (7) of the Trademark Act (judgement of October 7, 2009 GRUR 2009, 1167 – Affiliate Program), the OLG also referred to this. However, in contrast to the “Partner Program” case to be judged by the Federal Court of Justice, it was not apparent that the defendant side would admit the applicant after having checked the website and would grant him access to an internal partner area under certain conditions, where services would then be made available to him, such as access to the entrepreneur’s database. But only on the basis of the facts of the case there, the Federal Supreme Court had assumed that the defendant there secured a decisive influence on its advertising partners. However, this was not the case in the present case, decided the OLG Mannheim.

Amazon affiliates who refer to Amazon offers in their advertising on their homepage with the link “Buy at Amazon” within the framework of the Amazon partner program and who receive an advertising cost reimbursement from an Amazon company in the event of a sale made via the link, act independently, solely on their own responsibility, for themselves and not as an agent of Amazon companies, according to the formulation of this agreement and in an evaluative view, formulated the OLG as a guiding principle decision. Unfair advertising on the homepage of the Affiliates is not to be attributed to the Amazon societies therefore as clients after § 8 exp. 2 UWG.

Would you also like to protect yourself against unfair competition?