You’ve been Warned? A Patent Attorney can Help 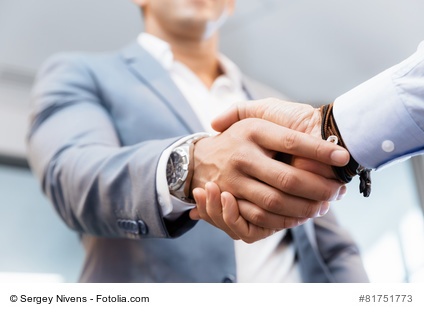 Did you receive a warning letter because someone accuses you of having infringed a European or German patent? Sometimes this nasty surprise comes faster than you might think: Not only those who have actively counterfeited an invention have to fear certain consequences such as warning letters, compensation claims or even a prison sentence. You might as well be given a punishment if you?ve committed a seemingly minor crime like selling goods that have been produced utilizing a counterfeited invention. Today we?ll explain why you should better not try to solve a problem like this on your own.

Did you really Infringe a Patent?

Do you realize whose patent you have infringed due to a certain of your activities? Often it isn?t clearly visible how and where a patent infringement originally arose. For example, if you?ve cluelessly sold some books which had been printed with a machine whose license had already expired at the time of print, this might already suffice to blame you for patent infringement. The patent owner?s representatives might soon approach you and try to collect some sample copies in order to check the alleged patent infringement. How should you react in this situation? Do you have to agree with every step taken by the patent owner? And which consequences will the decisions you?re making now have later on?

In many cases of alleged patent infringements the circumstances can?t be that easily and precisely interpreted even though the patent owner might try to persuade you of that. A specialized patent attorney can help you gain clarity and provide perspectives of unavoidable consequences and legal leeways. A lot of potential patent infringers entrap themselves even more because they access professional help too late.

And if I just Sign the Cease-and-Desist Letter to Resolve the Matter?

Every warning letter in the area of intellectual property aims at getting the warned person to sign the so-called cease-and-desist declaration with a penalty clause. Often a pre-formulated declaration is already included with the warning letter.

The person who signs a cease-and-desist declaration commits him/herself to refrain from all infringing actions from now on and in the future. Furthermore a contractual penalty is set in case the warned person infringes the patent holder?s rights again. The infringer would then have to pay the penalty to the patent owner.

Even if you want the matter resolved as soon as possible it is a very bad idea to just sign a cease-and-desist declaration without the advice of an experienced patent attorney. Of course the patent owner has the undeniable right to request damage compensation and omission of all infringing actions. Nonetheless we recommend to contact an attorney who helps to prepare a so-called modified cease-and-desist declaration in order to clearly define the infringer?s legal obligations. Maybe the requested contractual penalty can even be reduced?

Which Claims can Patent Owners Raise?

Besides the well-known claims for omission and damage compensation (which can for example be pushed through by using a warning letter) a patent owner can raise some more claims which are all derived from patent law:

In this blogpost we have addressed all five claims in detail.

Of course there are good reasons why these claims exist and why patent owners can even request courts to enforce their fulfillment. Because, even though many cases of patent infringement can best be resolved with an extrajudicial settlement, there are some cases that inevitably make their way to court. And this often results in considerably high costs which have to be paid by the defeated party in the end.

As sometimes the patent owner?s claims are randomly stretched out, it is important to thoroughly check which measure can be exactly derived from a particular claim and whether the aspirated form of enforcement is legally acceptable. Maybe you won?t have to show a certain document requested by the rights holder? In order to get a qualified evaluation and to find the best possible actions you should in any case ask a patent attorney for help.

Maybe you have already asked yourself what additional value is provided for you if you contact an attorney. After all someone is already requesting damage compensation from you. And won?t the whole procedure extend even more if not all claims are fulfilled without hesitation? But this way is only seemingly the easiest: A patent attorney will help to clear up the situation. He also ensures that no disastrous steps are taken out of unawareness. Only an experienced attorney can tell which claims will have to be fulfilled immediately and where you can still negotiate. This will pay dividends for you, as for example the requested damage can often be reduced. And maybe a costly legal procedure is actually needless?