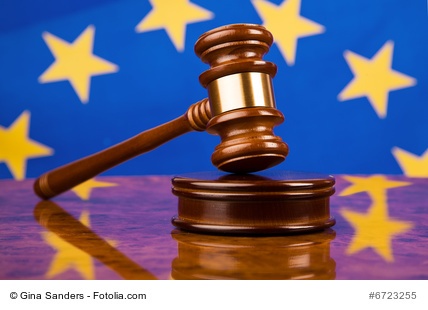 From 2016 there shall be a new EU-wide method of applying for patents: We?re talking about the new EU unitary patent that has been an object of controversial discussions for a long time now. At the same time the establishment of the so-called unified patent court has been planned. We?ve already informed you about the costs of the new unitary patent here. Today we want to report on the new court in general and on the costs for filing patent lawsuits there.

One Court for All European Patents

The new court will be responsible for all European patents that have been filed at the moment of its creation. It?s also responsible for the batch patents that have existed up until now and will continue to exist even after the new patent?s implementation. The unified patent court will consist of a Court of First Instance with its central chamber in Paris and two branch offices in London and Munich, an appeals court based in Luxembourg, a chancellery and several regional chambers as well.

The lawsuits processed at the unified patent court shall replace the present method of processing patent lawsuits at individual national courts. So, finally, the unified patent court will enable patent owners to enforce their European patents in one single lawsuit. The corresponding court judgements will be valid for the whole EU. Thus the previous costs and efforts required for processing patent lawsuits at single national courts will be pared down.

The Costs of Patent Litigations at the Unified Patent Court

Everybody who wants to file a lawsuit at the new court will have to pay certain fees. These are comprised of a fixed fee that depends on the respective lawsuit and an additional fee that is calculated on the basis of the litigation value.

More Expensive of Cheaper Than Before – It Depends

De facto the fees are more expensive than the costs arising for a comparable lawsuit at a national court, for example the German patent court.

But this comparison only takes into account the enforcement of a European patent in one single country. The reality of enforcing the present batch patents is different: Mostly these patents are valid in at least two or three countries, so lawsuits often have to be filed at more than one national patent court. And, if compared to the costs required for several national patent lawsuits, the fees at the new unified patent court will indeed be lower.

Furthermore the fees are only set to enable the unified patent court to secure its own financial basis. So it would be wrong to talk of moneymaking in this context.

Discounts for Small and Medium-Sized Enterprises

Just like the annual charges of the unitary patent, the fees for patent lawsuits can be reduced under certain circumstances. Two options are in discussion:

Discounts or even refunds will also be possible for parties who face economic hardships.

Patent owners who rather want national patent courts to deal with their European patents (as done before) can exclude the desired patents from the new procedure. For this option they?ll have to pay an opt-out fee of 80 ?. The fee is only required once per patent family, that is only one fee per batch patent and not for every single valid (national) patent.

The latest information show that the planned unification of the European patent system is already well advanced. Business owners can now decide what method might be more rewarding for them: whether to rely on the new unitary patent system or to retain the proven method of batch patents. A major factor for this decision will surely be the corresponding costs.

Although these normally have to be paid by the party, companies are well advised to keep themselves informed about the costs of patent lawsuits in Europe. Because if the budget isn?t well planned from the beginning they might not be able to file a lawsuit in the first place.