Subsequent entry in the disclaimer, a so-called undisclosed disclaimer, may constitute a permissible extension to the patent claim already granted. But this extension is not permitted for the grant procedure of a patent, decided the Federal Supreme Court.

A few weeks ago, the Federal Supreme Court (BGH) ruled in the case of “phosphatidylcholine” (25.7.2017 – X ZB 5/16). The subsequent inclusion of a feature in a disclaimer, according to which the preparation may not contain a particular substance, was considered an admissible extension, but the application for a patent grant on the basis of the undisclosed disclaimer was rejected.

The legal position of “undisclosed disclaimer” 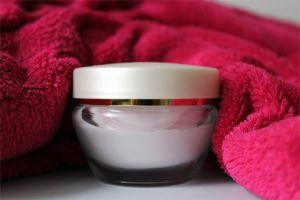 A feature not originally disclosed may remain in the patent claim if its insertion leads to a limitation of the subject matter of the application. However, this does not apply to the grant of a patent, but only to opposition and nullity proceedings. This has already been judged in previous decisions. The Federal Supreme Court now stressed that a patent application must be rejected if the claim made differs from the original version filed for the patent application and this deficiency is not remedied by the applicant, even if requested by the Examining Section. This law serves the purpose of legal certainty and excludes that a patent with an inadmissibly changed content is granted.

Background in the case of phosphatidylcholine

In the disclaimer for skin care products, the cosmetic use of the preparation is mentioned, which in each case contains up to 30% by weight of table salt and glycerine. Their effect on the barrier properties of the skin was described in detail. Furthermore, the description contained a list of numerous other substances which may or may not be present in the preparation, depending on the intended uses.

Only afterwards did the applicant add indications to the disclaimer that the preparations must not contain phosphatidylcholine.

The description in the original version and the nature of the deviation from the later version is decisive in determining whether an extension is admissible or not. For example, if the original version contains indications that the exclusive existence of the patent object from the above-mentioned elements has particular advantages, an extension is not permitted. This was not the case in the present decision on phosphatidycholine. Phosphatidylcholine is subsequently disclosed as a possible component of the preparation, or, more precisely, excluded as a possible component. And the original version of the application documents does not indicate that this component is necessary or advantageous for the preparation.

As there is no additional technical effect due to the exclusion of phosphatidycholine or because any experts receive new technical information, the Federal Supreme Court finds in this case a permissible extension.

Finally in view of the special protection of the public and the caesura caused by the grant of a patent, an undisclosed disclaimer in a granted patent claim is to be judged differently from a claim in the examination procedure for the grant of the patent.

Do you need help in German or European patent law ?

Our lawyers advise you individually and together with you develop the right strategy to protect your brand.