U. S. Patent for Wi-Fi: Curious patent infringement lawsuits – by patent valid up to 44 years

Curious patent infringement lawsuits by a U.S. patent exploiter are currently drawing attention through more than a dozen simultaneous lawsuits before two U.S. district courts. All of these lawsuits are based on an older U.S. patent for Wi-Fi technology, which will expire after 44 years – but such a thing is actually impossible. 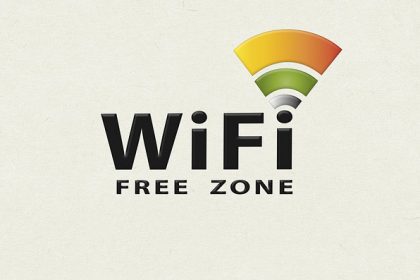 Patent infringement Wi-Fi – 44 years durationThe patent protection expires after 20 years at the latest according to U.S. patent law, German patent law and international patent law. Only for pharmaceuticals there is the possibility to extend patent protection for up to 5 more years by the so-called SPC.

More than a dozen simultaneous lawsuits in the U.S. District Courts of Delaware and Western Texas were filed a few days ago by Castlemorton Wireless, LLC. The defendants are electronics manufacturers such as Pioneer and Plantronics, as well as telecommunications companies such as T-Mobile, Verizon and Comcast. All claims allege infringement of their own prior U.S. Patent 7,835,421, which was filed in 1983 as an invention of the U.K. Department of Defense and describes a technology in the Direct Sequence Spread Spectrum (DSSS).

The fact that such a lawsuit is possible is connected with the American secrecy order. For reasons of national security, this order makes it possible to withhold a patent application for an indefinite period of time.

Since DSSS technology was originally created during the Second World War to solve problems of enemy radio interference, the U.S. government issued a secrecy order on the ‘421 patent in 1983 directly upon filing of the patent application. This order was lifted in 2010 and the ‘421 patent, which had been kept secret until then, was considered granted. Since the application was filed before June 8, 1995 (the date of entry into force of the TRIPS Agreement, Article 33), the term of this patent is either 20 years from the earliest date of application or 17 years from the date of grant, whichever is longer. The legal term of the ‘421 patent will therefore expire on 16 November 2027 after 44 years, regardless of the filing date of the patent of 4 January 1983.

The UK government department that invented this patent has since been semi-privatised as QinetiQ and has entered into a partnership with patent enforcer Castlemorton – also known as the Patent Troll – to enforce its patent profitably.

Castlemorton’s allegations of patent infringement are directed against a variety of today’s Wi-Fi enabled products, including network management systems, access points, routers, wireless modules, and also IP phones, video phones and AV receivers. In 1999, the IEEE standardized the first widespread form of wireless computer networking, the mother of Wi-Fi: Wi-Fi 802.11b. And plaintiff Castlemorton claims infringement of its own patent by any product and/or service that supports detection of a carrier frequency in a DSSS signal by its implementation of the IEEE 802.11b and/or IEEE 802.11g standards.

The two U.S. District Courts in Delaware and Western Texas therefore have difficult questions to answer in these strange patent infringement lawsuits.

In fact, the ‘421 patent is considered prior art according to Pre-AIA 35 U.S.C. 102(e) as available from the patent application of January 4, 1983, despite the fact that it was withheld and unknown to the world until 2010. Normally, however, no patent is granted on a known prior art, but this may of course have occurred with unmanageable frequency in the period from 1883 to 2010. At the same time, ignorance does not protect against patent infringement. Every patent applicant is required to make full enquiries as to the state of the art, and this includes worldwide publications and patent applications. How this is to be assessed for a patent application that has been kept secret for decades is left to the U.S. District Courts.

It is equally exciting to wait and see how the comparison of technologies will be judged. The ‘421 patent does not refer to Wi-Fi at any point, but exclusively to DSSS.

Are you seeking protection for your international or national patent rights?