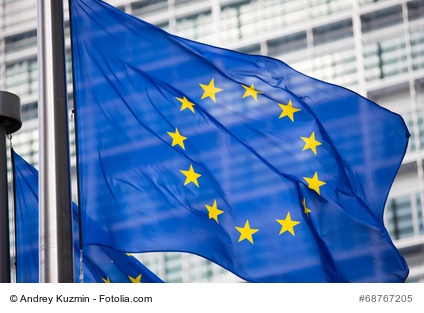 The implementation of a European unitary patent, in contrast to the already existing EP patent, has been a much discussed topic for years. In 2011, 25 member states of the EU declared that the unitary patent should be introduced (Spain and Italy haven?t joined). But since then, the final implementation is prevented by some obstacles. Actually, the unitary patent involves some huge benefits ? Applicants can apply for this patent with one single application in several European countries. Similarly, they can later enforce the unitary patent with only one procedure. So, which obstacles have already been overcome and which ones are still left? We?ll discuss this in today?s blog article.

How Does the Unitary Patent Differ from the EP Patent?

But first, let?s define the new unitary patent in contrast to the already existing EP patent. It?s important to outline the crucial aspects, because, even if both terms look so similarly, there are massive differences.

The EU states have been discussing this desired standardization of patent applications and enforcement for very long. Let?s have a look at the obstacles which still prevent the implementation of the unitary patent.

The unitary patent will only provide three languages to conduct the procedure: English, German and French. Spain saw this as a discrimination for itself and other countries because additional costs will incur for translations. Judges admitted that some disadvantages arise from this rule, but still rejected Spain?s complaint. Nevertheless, the translation fees were lowered.

In a second complaint Spain demanded that the rules of establishing patent protection should be declared illegal. But the European Court of Justice rejected this complaint as well.

An obstacle which still has to be overcome is the possible withdrawal of Great Britain from the EU. Premier David Cameron promised to put this to the vote in a referendum. But it is possible that this referendum will not be held before 2016, or even 2017. But, most likely, the unitary patent won?t come into effect until this matter has been clarified. If Great Britain decides to quit its EU membership, this might be the end of the unitary patent. There are two reasons for this:

And even if Great Britain decides to stay in the EU, some questions still have to be answered:

What will be the language with legal proceedings concerning the unitary patent?

For example, the question arises whether legal proceedings in Germany should be held in German and English. This would mean that German companies can be sued in English in their own country.

And what will be the costs of a unitary patent?

To maintain a patent, you have to pay some annual fees. These annual fees have been a subject of heated debates as well. One idea was to collect annual fees equivalent to the annual fees of four or five national patents.

It was just on June 24th that the final costs of a unitary patent have been finally defined: The annual fee for a unitary patens adds up from the application fees for a national patent in Germany, France, Great Britain and the Netherlands. Applicants of the unitary patent will be charged from the second year on.

Many critics say that the unitary patent is only affordable for big companies and not for small and medium-sized enterprises, because the latter couldn?t afford the fees.

The Implementation of the Unitary EU Patent ? Has there Ever Been a Simplification More Difficult?