The Costs of EU-patents: The Annual Charges Are Determined 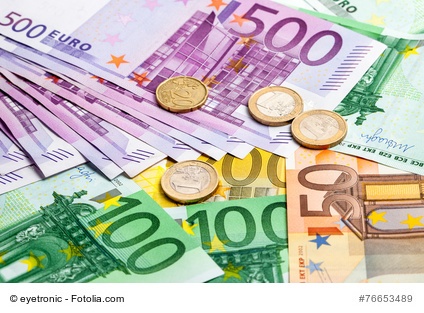 In the year 2016 the highly discussed EU unitary patent shall take effect. Here, we?ve already discussed about the problems which still hinder the realization. A major point for discussion are the costs of such an EU patent. For a long time the states of the EU haven?t agreed about the height of the costs.

The Annual Charges Are Scheduled

On the 24th June 2015 the closer committee of the member states at the European Patent Office (EPO) finally decided how high the costs for the maintenance of the new EU unitary patent shall be. The states decided to adapt the costs to the current price for the maintenance of the so called batch patent (the present method) of the four most active EU state members in terms of patent applications. The leading countries are the Netherlands, France, Germany and Great Britain.

According to this calculation the renewal charges for the EU unitary patent will aggregate to a total of approximately 42.000 until 44.000 Euros during the whole duration of the patent (20 years). This would mean annual charges of 2400 Euros. For small and medium-sized companies, but also for universities and organizations which aren?t acquisitive there shall be minor discounts on the costs of the patent for the first 10 years.

The charges for the maintenance will only be fined after an effective grant of the patent. Mostly, this moment is achieved primal after 4 or 5 years.

In the debate about the introduction of the EU unitary patent you often hear the argument that its costs shall be much cheaper than the costs of the previous method for a patent in Europe. But how is this comparison calculated?

Give Us the EU Unitary Patent! Or Better not?

So far, so good: In addition to the cheaper costs the unitary patent is much easier applied for than the previous European Patent which is a batch of national patents. This sounds like no one would ever again apply for a European patent as soon as the unitary patent is effective even if the old method is still active. For what reason if the new kind of application is that much easier and if the maintenance is way cheaper?

Actually, there are several reasons why some people are still sceptical towards the new EU patent:

A Big Barrier Is Hurdled

The determination of the annual charges brings the EU unitary patent closer to its realization. We?re curious whether the new procedure will be at the ready in 2016 ? also because of Great Britain?s possible withdrawal from the EU as it wouldn?t make the realization easier. The problems which might arise in case of a withdrawal are discussed in this blog article.