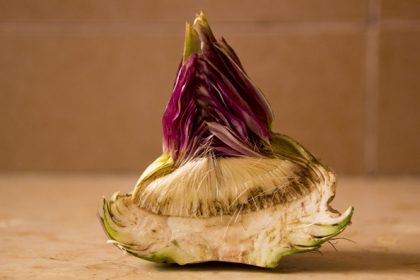 In any case, the patent applicant argued that the process according to the invention also covers a field of application outside a curative treatment. That is to that extent relevant in this unusual case, because the patent application as procedure for the therapeutic treatment of the human body is opposed to the exclusion reason of the § 2a exp. 1 PatG.

The patent application in question, 10 2014 006 637.1, was filed with the German Patent and Trademark Office (DPMA) in 2017 under the title “Method for effecting an idiot-proof aphrodisiac on an inexpensive base/reaction agent”. The patent claim specifies the method and in detail describes a “method for enhancing the aphrodisiac effect of artichoke, characterized in that after the consumption of one or two fresh, cooked artichoke(s), half a bar to a whole bar of milk chocolate is to be eaten about 3 to 15 minutes afterwards”.

The patent applicant based his appeal against the refusal of the patent registration on these statements. He argued that an aphrodisiac is not necessarily a curative treatment and referred among other things to the literary prose and day songs of Wolfram von Eschenbach, a German poet from the 12th century.

The fact that artichokes have digestive and metabolism stimulating effects does not represent the purpose of the inventive process, explained the creative patent applicant. The process is inventive because there has not yet been any reason to administer artichoke and milk chocolate in the claimed dose and chronological sequence. Moreover, the application documents contained no reference to a curative treatment.

Impairment of well-being is also not patentable

But the Federal Patent Court (BPatG) rejected the appeal. Therapeutic procedures are not defined exclusively with regard to the treatment of diseases, the court decided and explained § 2a (1) No. 2 PatG. All procedures that serve to protect or improve human or animal life fall under this paragraph. In addition to the maintenance or restoration of health and the alleviation of suffering, they may also have the aim of influencing functional disorders or functional weaknesses or increasing physical performance, the BPatG described.

In addition, the patent application mentioned the treatment of impairment of well-being as the purpose of the claimed procedure; this too falls under the exclusion reason of § 2a (1) PatG, the court decided. In addition, according to the patent description, the individual process steps should stimulate the digestive juices, especially of the liver and bile, for a rapid metabolism of the active substances. However, if therapeutic and non-therapeutic effects form an inseparable unit – as in this case – the process as a whole is not patentable, the BPatG ruled.

The patent applicant’s attempt to restrict the invention to the non-medical field also failed. Because since the only claimed method serves exclusively for therapeutic treatment, the prohibition of patenting according to § 2a (1) No. 2 PatG cannot be circumvented with a disclaimer.

The appeal was therefore dismissed by the BPatG and the refusal of the patent registration was confirmed.

Any question about German or European Patent protection?

Our lawyers are experienced in patent law and all fields of IP rights, national and international law. Please contact us if you are interested – we look forward to hearing from you.