May a press release inform that a competitor has manufactured his product using illegal recipes and trade secrets and has been sentenced to injunctive relief by a higher court? Yes, according to ruling of Federal Supreme Court, that denied illegal comparative advertising in this case. 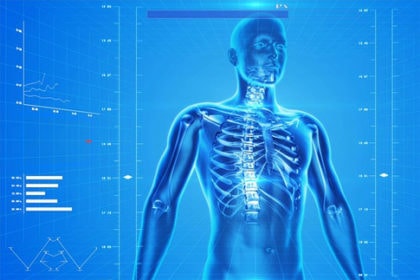 With this ruling in the “Knochenzement III proceedings” (I ZR 254/16), the Federal Supreme Court has rendered an importent ruling in the area of tension between inadmissible comparative advertising and the enforcement of an injunction due to patent infringement and illegal use of trade secrets.

The Federal Supreme Court (Bundesgerichtshof (BGH)) ruled that a competitor may have a legitimate interest in informing its customers – or potential customers – about the misconduct of the competitor found by the court. This is not per se inadmissible comparative advertising.
The admissibility of such allegations is determined by the standards laid down in Section 6.2 No. 5 UWG (German Fair Trade Practices Act, in German: Gesetz gegen den Unlauteren Wettbewerb, UWG). The decisive factor was the overall assessment, in particular taking into account the content and form of the statement as well as the possibilities for understanding of the public in question.

Since September 2014, the plaintiff has been selling “H.” bone cements manufactured by the company Z.. These cements are not subject to the injunction relief of the Court of Frankfurt. Almost simultaneously, on August 21, 2014, the defendant issued a press release informing about the plaintiff’s illegal use of trade secrets and the ruling of the court in Frankfurt. The plaintiff contests the allegations contained in the press release as unfair disparagement of a competitor and brought an action seeking an order prohibiting this.

Comparative advertising may be permitted

The Federal Supreme Court rejected this action. Indeed, a press release must be regarded as comparative advertising within the meaning of Paragraph 6(1) of the UWG, and it is also a matter of sufficiently interchangeable products offered by concrete competitors, which is the prerequisite for the application of Paragraph 6 of the UWG.

However, the BGH clarified that the dispute did not concern purely company-related advertising. The information was about the illegal use of trade secrets related to the concrete product bone cement, which indirectly addresses the efficiency and professional competence of the plaintiff’s personnel. The BGH sees this as a point of view which has an influence on the quality of the products. The fact of the reduction within the meaning of Paragraph 6(2)(5) of the UWG is therefore not applicable. In cases of doubt, the decisive factor is whether the traffic in question will extract from the circumstances compared information useful for its purchase decision.

The disputed press release is certainly not to be seen as an unfair disparagement of a competitor pursuant to Section 6.2 No. 2 UWG, as the plaintiff asserted. A disparagement in the sense of this provision presupposes more than the immanent comparison of the advantages and disadvantages of the compared products in a critical advertising comparison.

The BGH ruled that the decisive factor was whether the challenged advertising statement was still within the limits of a factual discussion or already represented a general devaluation of the foreign products. However, the press release was limited to a factual tone and informed about undisputedly applicable circumstances. There were no generally derogatory or derogatory statements. By making public the assessment of a national supreme court, the defendant provided the relevant public with a particularly factual and verifiable basis for an informed decision.

The German Supreme Court pointed out that the products in question were complex to manufacture and, because of their use in the field of medicine, particularly safety-sensitive products, and that the supplier’s own performance was therefore decisive for an informed demand decision.

The BGH ruled that the defendant was entitled to that right of expression in accordance with the Charter of Fundamental Rights of the European Union and that, without prejudice to that right, it had the possibility of enforcing the prohibitions on production and distribution imposed by the courts. The former decision in the first instance is to be amended and the action for prohibition of the allegations contained in the press release is dismissed.

May we help to enforce your property rights?

Our lawyers are experienced in trademark and patent law, national and international law. We take action to stop current patent infringements and counterfeiting or the illegal use of creative works.