A patent application for the energy supply system in cars with hybrid drive or electric vehicles was rejected by the BPatG with effect for Germany for the time being. This is registered as an international PCT patent of the Yazaki Cooperation, a well-known supplier for many car manufacturers. 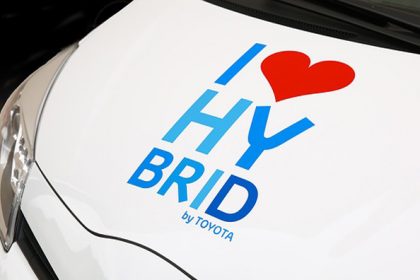 The patent applicant and complainant before the BPatG is the Yazaki Cooperation (Japan), a well-known supplier to many car manufacturers such as Toyota, Tesla, GM and PSA as well as Mazda, Ford, Fiat Chrysler, Nissan and Jaguar. The patent “Energy receiving unit and energy supply system containing it” was filed in January 2015 as PCT/JP2015/051478 application with Germany as country of destination (patent application 11 2015 000 805.5).

Patent for power transmission in cars

The requested patent registration was rejected by the German Patent and Trade Mark Office (DPMA) in June 2019 due to lack of novelty and lack of inventive step. This decision is subject to an appeal by the patent applicant, which was received by the DPMA on 18 July 2019. In the oral proceedings on 16 March 2020, Yazaki filed claims 1 to 3 of the main request and 4 auxiliary requests.

In focus: Receiver side housing in patent claim 1

A few weeks ago the Federal Patent Court ruled in this case (19 W (pat) 39/19 of 16 March 2020). The focus was on patent claim 1, because the receiver side housing mentioned there contains a space for accommodating the coil as well as a part of the housing where at least the capacitor body is arranged in the space (K). And according to feature M1.5.4, the “entire space (K)” should be filled with a heat-conducting element.

However, the BPatG ruled that precisely this was beyond the content of the application in the version originally filed (§ 38 German Patent Law). According to feature M1.5.4, the entire space inside the housing is filled with the heat-conducting element and the heat-conducting element is filled between the condenser body and the main body and between the condenser body and the cover. Feature M1.5.4 of the subject-matter of claim 1 according to the main claim was therefore not directly and unambiguously deducible from the originally filed documents as belonging to the invention, the court decided. No direct connection can be deduced from the description with a filling of the space inside the casing.

Although it was shown in Figure 4 that the condenser body should be completely surrounded by the heat conducting element in the sectional plane shown, Yazaki had cited this as proof of disclosure at the oral hearing. But the BPatG did not accept this.
Because no details of the fixing of the condenser body within the casing were given in the figure, an expert would only understand the representation of figure 4 symbolically, the BPatG ruled. However, the figure could not serve as a revelation of a certain position of the condenser body inside the housing of the claimed energy receiving unit.

Thus, feature M1.5.4 could not be directly and unambiguously deduced from the originally filed documents as belonging to the invention. Yazaki’s appeal was therefore dismissed in its entirety. Since the request can only be decided on in a uniform manner, the main request as a whole is inadmissible under § 38 Patent Law, the BPatG ruled. Auxiliary requests 1 to 4 are inadmissible.

Nevertheless, Yazaki may file an appeal against the judgment with the German Federal Supreme Court, and the parties to the appeal proceedings have the right of appeal.

In this case – as is often the case in classical industrial patents – it was not the basic patentability that was in question but rather the examination of whether the invention differed sufficiently from previous knowledge of the technology. Just as often, the focus is on whether the patent claim is sufficiently disclosed; the the gap between disclosure and claim was also the decisive factor in the present case for the rejection of the Yazaki patent for the country of destination Germany. The decisive factor is always a very careful drafting and formulation of the patent claims.

Do you have any questions about securing or defending your patent rights?

Each case is considered individually and carefully. Our lawyers have many years of expertise, both nationally and internationally, including patenting in China.
You are welcome to contact us!