Patent on production of L-glutamic acid still in force 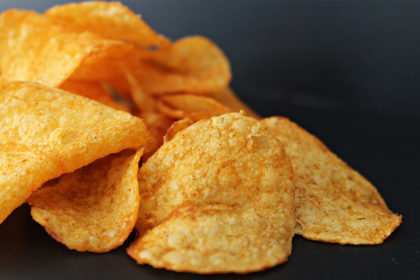 The Federal Patent Court (Bundespatentgericht, BPatG) has dismissed the action for annulment against the European Patent EP 1 831 250, which is effective for Germany, with its now published judgement. The patentee and defendant is Ajinomoto Co, Inc. (Japan), the content and title of the patent in dispute is “Microorganism and process for the production of L-glutamic acid”.

Known knowledge about the yggB gene

The patent law and technical issues concerned the 12 patent claims of the patent, including the mutated yggB gene of the valid patent claim 1. The plaintiff invokes lack of inventive step as a ground for invalidity and relied on known knowledge and corresponding numerous publications (referred to as NK9 to NK54) which were made public prior to the patent application or the claimed priority of the disputed patent (December 2004).

In particular, the plaintiff claimed that the authors of NK13 (D. Nottebrock et al., FEMS Microbiology Letters, (2003) 305 to 309) stated that Corynebacterium glutamicum possesses the two mechanosensitive channels MscL and MscS/YggB which are homologous to the corresponding channels in E. coli. In addition, the publication NK14 (S. Ruffert et al., European Journal of Biochemistry, (1997) 572 to 580) reveals that the outflow of glutamate in Corynebacterium glutamicum is restricted by a mechanosensitive channel and that this channel is similar to the MscS/YggB channel of E. coli.

Does an expert consider emergency response in hypoosmotic shock?

According to the defendants, Ajinomoto Co, Inc, an expert is looking for an improved production process for glutamate and therefore does not take into account knowledge about the emergency reactions of cells in hypoosmotic shock. All amino acid exporters known in the professional world are classified as carriers.

Even the “Gain of Function” mutants in the MscS/YggB channel or MscL channel of E. coli, which are described in the state of the art, do not give the expert any suggestion which points in the direction of the patented solution, since the bacteria are so severely damaged by it that they are hardly able to survive.

Publications on the export system of corynebacteria relevant

The Federal Patent Court considered the published publications dealing with the removal of glutamic acid from corynebacteria to be relevant for this case, since glutamic acid is always extracted on a large scale from the culture medium, the court explained. In addition, the expert felt compelled to consider further publications in his search for a solution for the patentable task, namely those dealing with the export system of corynebacteria.

No expectation that glutamate output will increase channel activity

However, the BPatG ruled that an expert had no suggestion that the activation of osmoregulatory channels in coryneform bacteria could improve glutamate output. The expert also has doubts about the success of such an approach because the opinion prevails in the specialist literature that the ejection of glutamate from coryneform bacteria is mediated by a so-called carrier, which – unlike a channel – can also eject substances against a concentration gradient using energy, whereas substances can only escape from the cell interior via a channel if their concentration in the medium surrounding the cell is lower than in the cell interior.

In the publication NK14, which was asserted by the plaintiff in particular, the technical opinion was expressed that the channel in the Corynebacterium glutamicum responsible for the efflux of small dissolved molecules under hypoosmotic shock could resemble the MscS (= mechanosensitive channel of small conductance) channel of E. coli – which in the technical literature is also referred to as the YggB channel. An expert also knows the homology of mechanosensitive channels in E. coli and Corynebacterium glutamicum.

However, the authors of NK 14 themselves state that E. coli exhales almost all molecules of low molecular mass under a severe hypoosmotic shock, while Corynebacterium glutamicum still selectively releases molecules under these conditions. An expert did not associate the channel with the expectation that the glutamate output in Corynebacterium glutamicum could be increased under the conditions of fermentative glutamate production.

No analogy between E. coli and coryneform bacteria

In the opinion of the court, the replacement of alanine residues in the TM3 transmembrane helix of the Corynebacterium glutamicum by helix-destabilizing residues such as threonine or valine was equally unlikely to be a viable option for the expert, because in publications NK15 to NK17 there is no analogy between the observations on the MscS/YggB channel in E. coli and the homologous MscS/YggB channel in coryneform bacteria.

There is no doubt that the expert knows the molecular basis for the opening of mechanosensitive channels through targeted mutagenesis in the area of the transmembrane helix TM3, which forms the pore of the channel, as well as the techniques required for the preservation of such GOF mutants. However, BPatG explained that despite this knowledge, NK36 did not suggest the search for corresponding GOF mutants in the TM3 of the MscS/YggB channel of coryneform bacteria.

Action for annulment dismissed by BPatG

The action for annulment against the patent for the biotechnical production of flavour enhancer E620 was dismissed in its entirety. An appeal may be lodged against the judgment of the BPatG; it is therefore provisionally enforceable against security amounting to 120 % of the amount to be enforced, but has not yet become final. The patent “Microorganism and process for the production of L-glutamic acid” therefore remains in force.

Would you like to protect or defend your patent?

Our attorneys have many years of expertise in patent law and are entitled to represent you before any court in Germany as well as internationally.
If you are interested, please contact us.