If, in patent invalidity proceedings, a reference to the technical doctrine of the patent in dispute is derived from a single technical point of view, it is not the individual point but the entire technical facts that are to be taken into account, the Federal Supreme Court ruled in its leading decision on case bit rate reduction II. 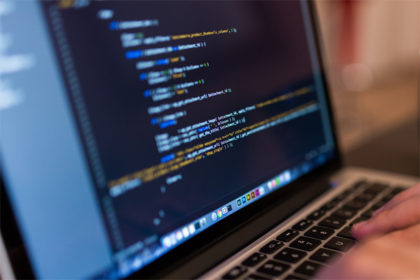 A patent application often contains explanations on possible modifications of the described technical doctrine. In determining the disclosure content, the German Federal Supreme Court (BGH) ruled that, as with any text, the context of the representation of a certain technical fact had to be taken into account, since sentences or phrases with the same wording can also have different meanings depending on this context (BGH X ZR 11/17, March 2019).

This leading decision was taken in the context of a patent invalidity procedure concerning the European patent in dispute “Procedure and circuitry for bit rate reduction” (EP 0 260 748 of 1987). The patent in dispute expired before the action for annulment was brought.

Bit rate reduction is synonymous with data reduction and affects virtually all areas of the digital world, especially the compression of audio, image and video data.

The patent describes a coding method that leads to a further bit rate reduction for image data. In patent claim 1 it is explicitly mentioned as a characteristic of the procedure that at least one Huffman code word or a sequence of Huffman code words is formed. The patent in dispute achieves the desired further bit rate reduction by treating as an event to be coded not the uninterrupted sequence of signal values, but this sequence and additionally the subsequent other signal value. The case in which the subsequence has the length zero was also taken into account.

The Federal patent court (BPatG) initially declared the patent invalid in 2013 due to inadmissible extension. In contrast to this originally disclosed procedure with the formation of Huffman code words from events with occurrence of partial sequences of length zero, which is obviously disclosed as essential for the invention, a procedure is now claimed in which the coding of the events in question is left open, the BPatG ruled at that time.

However, the BGH set aside this judgment in 2015, denied an inadmissible extension and referred the litigation back to the Patent Court under the aspect of patentability pursuant to § 119 (3), (5) PatG (X ZR 64/13). This ruling X ZR 64/13, also known as Bitratenreduktion I, laid down as a leading principle decision that in patent nullity proceedings, if the patent court ruling is set aside by the Federal Supreme Court, the case is to be referred back to the patent court for a new hearing and decision, if no initial assessment of the state of the art from the point of view of patentability has yet been carried out. Subsequently, the BPatG again declared the patent in dispute invalid in 2016, this time because it was not patentable (5 Ni 58/11 (EP)).

The BPatG had justified the absence of an inventive step with a disclosure by the US patent specification 4 420 771 (K14), which describes a procedure for coding signals in which a value occurs very frequently. The method is particularly suitable for coding image data and teaches the use of an alternative definition of a run.

The BGH also amended this judgment of the BPatG. The BGH ruled that the BPatG had only dealt in a very general way with the technical teaching of the K14, and that its decision was essentially based on the last paragraph of the description. But it is only in the detailed description that K14 clearly explains a “hybrid process” that allows the advantages of run-length coding for multi-valued signals, which is usually only used in conjunction with binary signals, to be exploited.

The BGH’s leading decision is as follows:

“If in the invalidity proceedings against a patent the anticipation of the invention or a reference to the technical doctrine of the litigious patent is derived from a single technical aspect which is presented in a disclosure document, this single technical aspect may in principle not be considered in isolation when examining the disclosure content of the document in order to avoid a retrospective approach; what is decisive is rather the technical meaning it has in connection with the entire content of the document. ”

Nevertheless, the BGH finally declared the patent in dispute to be partially invalid. On appeal, the patentee defended claim 1 in the main application by inserting in patent claims 1 and 10 before the characterizing part: “where the signal is a sequence of coefficients resulting from the blockwise cosine transformation of pixels of a video signal followed by quantization, and where the determined signal value (A) is zero”.

The BGH declared the patent in dispute partially invalid by this restrictive insertion with effect for the territory of the Federal Republic of Germany, insofar as the patent claims refer back to this insertion.

Does a patent invalidity proceeding also concern you?

Our attorneys have many years of expertise in patent law and are authorized to represent you before any patent office and court in Germany as well as internationally.
Please feel free to contact us if you are interested.