A patent of Audi AG for virtual text input is granted. Audi was successful with its appeal before the BPatG in the decisive question of inventive step: could a skilled person easily have come up with the same idea, given the state of the art? 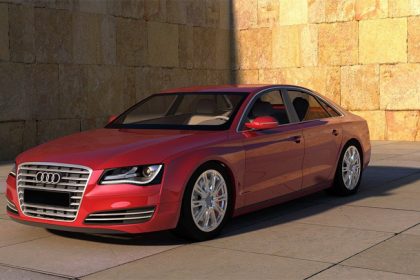 In principle, the contactless operation or control of device functions, which is also the basis of the invention of the patent in dispute (virtual text input), is a known state of the art. And for the examination of inventive step (§ 4 German PatG), exactly this must be considered and the question must be clarified whether the invention would have been obvious to a skilled person. As a matter of principle, only those publications that have clearly been made public before the filing date are taken into consideration (but not patent applications that have not yet been published).

In this context it is important to note that a mosaic-like combination of features from different publications is not possible for the fictitious skilled person. This is because, as a compensation for the fact that a fictitious person skilled by definition knows the entire prior art, his ability to combine features in fiction is limited per se. Incidentally, the question of inventive step is very often the point of dispute with the patent authorities when it comes to the granting and also the maintenance of patents.

Known state of the art

The patent in dispute entitled “Device for contactless character input” (No. 10 2013 013 697) of Audi AG was rejected by the DPMA’s examining division. In this decision, the invention lacked inventive step, especially with respect to the known prior art from the publications D1 and D3. Audi filed an appeal against this decision before the Federal Patent Court – successfully.

Let’s have a look on the state of art: Publication D1 (DE 10 2011 121 585 A1) describes a device for the contactless input of characters with a display and a recognition unit for recognizing a writing trace. Publication D3 (WO 2009 / 24 112 A2) describes a display device with a display and proximity sensors; the position and distance of a control element is detected by the proximity sensors. In addition, publication D4 (US 2011 / 254 765 A1) describes a device for the contact-free input of characters by the user writing with his hand in free space as if on a “virtual blackboard”.

In this area, Audi set itself the task of providing improved font input and operation without the classic gestures that have to be learned first. In particular, it should be possible for people to operate the system from several perspectives, for example, the driver and passenger in the car.

The key to this invention and the patent in dispute lies in an adaptive specification depending on the detected virtual write layer according to feature (K). For this purpose, a “virtual writing layer in space” is used, whereby a recognition unit follows the trace of a fingertip or a pen freely in space, e.g. by means of infrared sensors, and from this recognizes the writing trace itself and also determines the writing plane in space.

In the rejection decision, the examining body argued that this feature was “absolutely necessary in order to obtain a correct function of the device, which depends on a correct arrangement of the display sheet plane between the display and the writing plane defined by feature (I) on the basis of the input”.

The BPatG decided that any indication of a concrete connection between a recognized virtual write layer and an operating layer for virtual operating elements is not available with the current state of the art. The court added that the additional feature (K) is located on the original page 12 lines 10 to 14. And the new features (H) and (I) are also derived from the application documents and Figure 2, explained the BPatG.

This finding is important because the court thus confirmed that the patent claims and the revised description remain within the scope of the original disclosure.

The decision of the Examining Office was annulled and the patent was granted in the following version:
Claims 1 to 9 of June 24, 2020, description pages 1 to 13 of June 24, 2020, and 2 sheets of drawings with figures 1 and 2 from the filing date.

Do you need support with the granting or maintenance of the patent?