A German patent on a connecting element on an electrical line and a corresponding procedure were revoked by the Federal Patent Court in area of production engineering. Ultrasonic welding technology was obvious, although the patent claim was not directed at it. 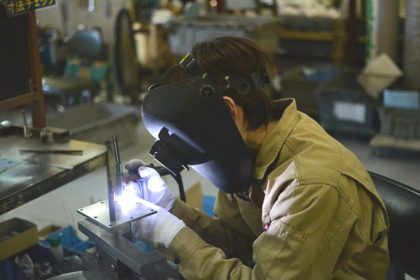 The subject matter of the contested patent can be classified in processes and devices for the industrial attachment of contact elements to electrical cables, in the area of in materials technology and production engineering.

The teaching contained by patent claim 1 pursues as an innovation that the connection of an electrical cable to a metallic contact element is not carried out by conventional soldering or gluing, but can be welded using the special process described in the patent specification.
The patent also describes a sonotrode for the implementation of embodiments of the procedure.

The German patent “Procedure and connecting element on an electrical cable to a metallic contact element and sonotrode” (No. 10 2014 004 127) was published on December 17, 2015.
On Monday, 19 September 2016 – and thus within the time limit of 9 months after the publication of a patent grant – an opposition was filed against the patent pursuant to § 59 PatG and it was asserted that patent claims 1 and 5 were not new (§ Sec. 21 PatG) and that patent claim 8 was not based on inventive step.
The patent division then revoked the patent after a hearing in May 2018.

The patentee filed an appeal against this decision, which was decided by the Federal Patent Court.

State of the art: Welding process

An essential part of the procedure was the publication D4 (DE 10 2008 031 588 A1), which was used to justify the opposition to the patent. According to this brochure, during the cold welding process, the end of a copper sleeve facing away from the aluminium conductor can be pressed together like a beak, leaving only a narrow residual gap.

In addition, the Federal Patent Court clarified that an expert was required to keep abreast of technical developments in his field, in the case at issue, improvements in ultrasonic welding technology and the properties of new alloys.

Only ultrasonic welding technology leads to the required tightness

If it turns out for the expert that only ultrasonic welding of metal conductors, sleeves and contact elements leads to the required tightness without soldering or gluing, the procedure according to patent claim 1 results in an obvious way, the BPatG ruled. Indeed, since only a narrow residual gap remains, which is particularly preferably essentially liquid- and gas-tight, the expert closes easily that the edges are welded together. However, the degree of additional impermeability according to the patent in dispute which could be achieved by which measures was not indicated in the patent specification in dispute.

The pressing described in the publication also makes it clear to the expert that the sonotrode must be stepped to establish the connection and must obviously have two active surfaces with different heights. However, this was described in patent claim 8 for the sonotrode. The BPatG therefore ruled that patent claim 8 was not based on an inventive step.

Even if the patent claims 1 and 5 in the granted version were not expressly directed at ultrasonic welding or at a connecting element produced by ultrasonic welding, an expert would draw the conclusion, on the basis of the context set out in the patent specification, that nothing else should be protected, the BPatG ruled and rejected the patent proprietor’s appeal in its entirety.

Our firm has many years of expertise in patent law and in all matters relating to opposition, revocation and appeal proceedings.
Our attorneys are entitled to represent you before the Patent Office as well as before any court in Germany and internationally.
Please feel free to contact us if you are interested.