Patent for coding of audio signals confirmed by German BPatG

Coding of audio signals, i.e. the digital processing of sounds and voices, has become an indispensable part of modern communication. For more than 20 years, the Fraunhofer Gesellschaft has held a patent on this – which has since expired – and was now successfull in fending off an action for annulment before the German BPatG. 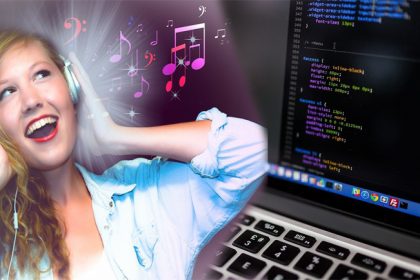 Patent on coding of audio signals

The patent “METHOD FOR CODING AN AUDIO SIGNAL” (patent 598 01 307) of the Fraunhofer Gesellschaft was challenged due to alleged lack of patentability. The plaintiff requested that the patent be declared invalid on the grounds of lack of inventive step (Sec. 4 Patent Act). But could a fictitious person skilled in the art have easily come up with the same idea measured against the prior art? In principle, for such an examination of inventive step, only those publications are considered which were clearly made public before the filing date (but not patent applications which had not yet been published on the filing date). Each publication is to be considered individually, a fictitious person skilled in the art should not be able to combine features from different publications like a mosaic.

Invalidity proceedings against the patent drag on for years

The nullity proceedings dragged on for years – not surprising, since the coding of audio signals is a very elementary part of modern communication. During the proceedings, the term of the patent in suit ended; patent protection lasts for a maximum of 20 years, after which the technology is to be freely available to mankind. The plaintiff adapted the claim, and after the expiration of the patent in suit due to the passage of time, directed the action for nullity only against patent claim 2: a “method for decoding an encoded audio signal”, in particular with spectral noise substitution.

The complaint was therefore based primarily on two printed publications. The plaintiff argued that especially D2 proposed various methods for capturing noise ranges in spectral values of an audio signal. Also already known was the so-called “Temporal Noise Shaping” technique (TNS); by means of predictive coding of the spectral values, the temporal fine structure of the quantization noise is shaped by TNS. The TNS technique is described in particular by publication D1, a conference paper “ISO/IEC MPEG-2 Advanced Audio Coding” (In: An Audio Engineering Society preprint 4382 (N-1), Presented at the 101st Convention 1996 November 8-11, Los Angeles, USA).

And in fact, the D2 print concerns the improvement of methods for coding and decoding audio signals (audio codecs) by noise substitution. D2 is a paper on “Improving Audio Codecs by Noise Substitution” (in: J. Audio Eng. Soc., Vol. 44, No. 7/8, 1996 July/August); however, D2 makes only fragmentary statements about decoding an audio signal coded in this way. Moreover, this paper does not code spectral values that are recognized as noisy.

In the opinion of the applicant, however, the possibility described in D2 of distinguishing between noisy and tonal spectral components by transforming into the frequency range suggested the use of a prediction of the spectral values over the frequency.

BPatG: Detection and inclusion of spectral residual values is inventive

It was accordingly exciting to see how the Federal Patent Court would classify D2 in particular. After all, based on his general knowledge of the art, a fictitious person skilled in the art can generally also readily deduce the inverse process steps necessary to decode the signal from knowledge of the coding method alone, as the BPatG explained.

Therefore, the cited printed matter does not contradict the contested patent claim 2, the Federal Patent Court ruled, and dismissed the nullity action in its entirety ( 6 Ni 30/17 (EP)). The Fraunhofer Gesellschaft’s patent for coding audio signals, which has already lapsed, remains valid.

Our attorneys have many years of expertise in patent law as well as in the entire field of intellectual property and are authorized to represent you before any court – in Germany as well as internationally.